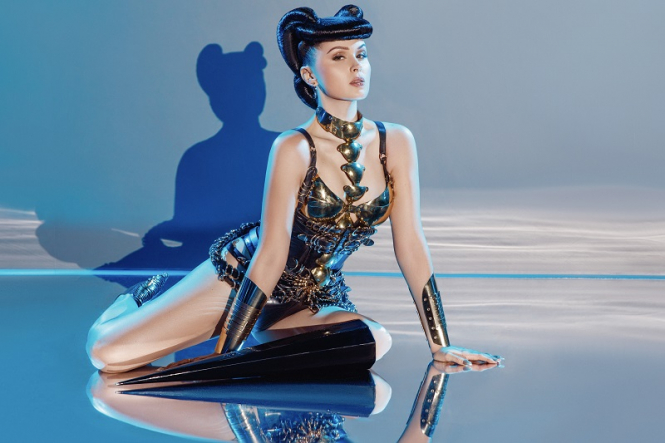 Latvian-British Viktoria Modesta will give 29 performances as the “Bionic Showgirl” this month, following in the footsteps of Dita Von Teese and Pamela Anderson.

Her left leg was removed from the knee down after a childhood of operations for a birth defect and she now has a prosthetic limb, which she changes according to her mood.

Among her options is a leg in metal and one made with Swarovski crystals.

Viktoria, 32, says her leg is “like a pair of shoes. I enjoy the process of rethinking and redesigning my body”.

She told Connexion:  “I never saw myself on a cabaret stage but I am happy with what I have prepared.

“When I was living in London, I came to see a show at the Crazy Horse several times.

“The venue celebrates women, it is really magical, it’s iconic.

“To create something here makes me feel empowered.

“It is a challenge, quite scary but an interesting process.”

After moving to London at the age of 12, Viktoria started a modelling career in her teens.

Aged 15, she decided to have her leg amputated below the knee to improve her mobility.

She had spent her childhood in hospitals undergoing operations to correct a birth defect.

It took her five years to find a doctor who would agree to carry out the amputation.

It liberated her, she says, and enabled her to make a strength out of something which was previously a handicap.

“I chose a positive path. Not seeing my leg any more was positive for me.

“What makes us human is not a perfect body, and my message is that you should always believe in yourself and follow your own path.”

Viktoria, who is now based in Los Angeles, performed at the closing ceremony of the London Paralympics in 2012.