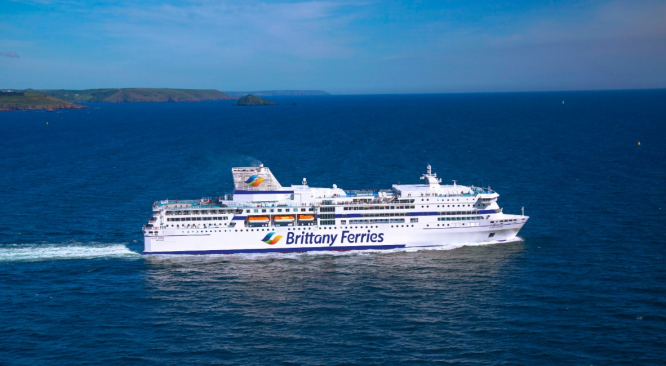 Existing crossing bookings that have already been cancelled will be postponed, but not refunded. The company has said that it will be in touch with affected customers by email as soon as possible.

Almost two thirds (62%) of the company’s annual €444 million revenue come from passenger bookings, with 14% from sales on-board, and 23% from freight.

A significant number of the 2,000 ferry staff are now on partial leave (chômage partiel status); as are half of the company’s 800 on-shore staff.

The company - of which 80% of its clients are British - has particularly suffered the loss of school trips between England and west France, which usually supply a significant proportion of springtime traffic.

It has also reported a lack of confidence in its projected summer season, and is expecting a further drop in bookings.

The company is also seeking to prevent further loss of revenue, as it has recently embarked on a major, €550 million investment programme.

This includes equipping its ships with a gas filtration system to reduce pollution, and investing €200 million in the ship, Le Honfleur, which was set to begin sailing between Ouistreham and Portsmouth from next autumn.

The company also committed 30% of shares to the takeover of Condor Ferries, which operates crossings from key UK ports including between Poole to Saint-Malo, and services to and from the Channel Islands of Jersey and Guernsey.

In an open letter, Christophe Mathieu, CEO of Brittany Ferries, said: “The current crisis is probably the most serious that most of us will have experienced in our lifetimes.

“In unprecedented times, and in the face of impossible circumstances, we are sometimes forced to take extraordinary decisions. Our decision to suspend passenger services was one of these. It was not one we came to lightly: however it was necessary to protect customers and colleagues.

“We never like to let our customers down. So to all passengers affected by these changes, I would like once again to offer my sincere apologies. Our teams are working hard to contact everyone on affected upcoming sailings. And I am grateful to every one of them for their hard work at this difficult time, as well as to customers for their understanding and patience.

“We very much look forward to welcoming you back on board Brittany Ferries soon. Our beautiful destinations await on the other side.”