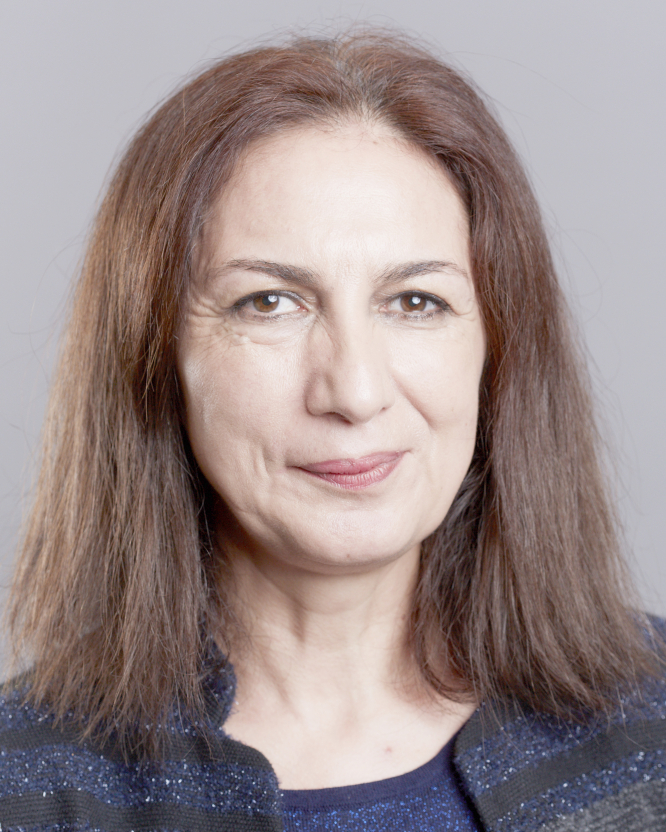 Contrary to what is happening internationally, here there is a lot of will to reinforce links says Forough Salami-Dadkhah
By Oliver Rowland

The links between Brittany and Wales are very ancient...

There are special links between our territories – historic ones, due to our origins and culture.

We share the same national anthem [the tune and similar meanings], called in Breton Bro gozh ma Zadoù [Old land of my fathers]. When there is a France/Wales rugby match, Bretons are moved because it’s their anthem – so they’re happy whichever side wins.

There are also around 40 Breton communes twinned with Welsh towns.

So, in 2005 we signed an institutional partnership agreement and we identified areas to work together, on culture, on school exchanges, on the environment. Every few years we add new projects – for example, last time it was renewable marine energies. We organise meet-ups between Breton and Welsh businesspeople and researchers. We act as a coordinator and assist, just as in the cultural sphere we help Welsh artists and bring them together with Breton partners. We make things easier, we support, and speed things up.

For example, this summer the Welsh had a stand at a Breton business event and in October a Welsh delegation was invited to a marine energies event. Each time we have suitable events we invite the Welsh and help them get to know the right people.

Yes, in the port of Brest the region has made major investments to create infrastructure so companies can set up. And we try to make sure that the Welsh are aware and can invest. Whatever the sector, we make sure the Bretons and Welsh can talk and do business.

The Interceltic Festival of Lorient is an annual high-point - this year you had the Welsh First Minister there...

Last year in January we organised a European convention in Rennes which we invited him to and we asked the Orchestra of Brittany to play Bro gozh for the Welsh. At the same time we met the director of the festival – and we thought it would be great if Wales could be the festival’s “country of honour”. They agreed and it happened this year [August] and was a big success.

So you already do a lot but the Euroregion idea would build on that further?

It started in 2015. I said we have plenty of links already, why not create a Euroregion?

This is something that’s clearly defined by EU laws – regions with common borders can create projects together and the regional authorities can discuss them together and both allocate money towards them.

The member states must agree. For example, France must allow it. It’s already happened with Occitanie and a Spanish region with regard to building a hospital. I proposed it with Wales as the Channel can be considered, legally-speaking, a common border.

I thought it could be a strong symbol and especially interesting because Britain didn’t have any Euroregions, but Wales would have to get permission from the UK government.

Wales said it would look into it but it wasn’t top priority at the time – then Brexit came along and the project seemed to move into the distance, as you need to be EU member states.

Can it not work with a state that is at least in the Council of Europe [which has 47 members and is separate from the EU]?

The main agreement must be between EU states, then you can bring in other regions.

The Brexit vote was traumatic to our partners in Wales and after it they asked about our proposal again, to find out how we could work together. We said to ourselves, why not do something with Ireland and then bring in Wales?

The legalities of a Euroregion are rather precise, so whether it will technically be a Euroregion in the end or not, I can’t say for sure, but in the first instance we are looking to create a strong partnership with Ireland, as we have with Wales. Wales already has a partnership with Ireland, so then we can look to do things together, the three of us. Our legal services will work on the technicalities. What complicates things is we don’t know what kind of Brexit we’re going to get.

What kinds of things would you want to do?

It might involve culture or research, for example. But we’ve just started to look at this question of what projects we can do, as a group of three. The will is there, but at the moment it’s just at a discussion stage.

It’s a key subject for us. Due to Brexit there’s the question of the maritime corridors and borders between Ireland and the EU. It will be a very important battle for Brittany. The EU, for the moment, is suggesting that the links should be via the big ports like Rotterdam and does not take account of French ports like Cherbourg, Saint-Malo, Brest…

If we are not in the corridor, it’s also a problem for our Euro­region plan. If we are outside it, we would not be considered to have a border with Ireland. It’s also a question of economic interests and not ending up even more on the periphery than we are now. We will try to meet with the Irish to seek their support over this.

Do you feel Brexit in general is going to cause problems?

Yes, we were very sad about it, for the future of Europe. As for Brittany, the day after the vote we applied to the Conseil économique, social et environnemental de Bretagne [independent consultative body] to measure the impact on our region. We identified four fields: firstly, fishing. Some of our fleets have 80% of their fishing in British zones, which poses a big problem for them.

Secondly, in research and higher education our number one partners are the British. Our British friends are also very good at lobbying when we have joint projects – good at finding financing.

Thirdly, there is an economic impact due to the fact we export a lot of agricultural products to the UK and with the value of the pound having fallen, and if there are import tariffs, this causes problems.

On the other hand, countries like India or Australia that implanted themselves in the UK as an entry to the EU are looking for new openings. We’ve reinforced our links with Australia since the Brexit vote; they are coming to us to find out about opportunities.

Finally, there is tourism and the British residents in France, many of whom are retired. When they see their money is weaker, they may have financial difficulties to continue to live here, in some cases. We met with British citizens in Brittany immediately after the vote and involved them in our study.

All we hope is that the exit will be as gentle and light as possible and that, for Brittany, for the British residents here, and for Europe, things will go as painlessly as possible.

Presumably it is more important than ever to maintain the friendship with Wales in such a context?

Yes, and we will do as much as we can. We have also supported the department of Finistère, which is reinforcing its relationship with Cornwall. Contrary to what is happening inter-nationally with Brexit, here in our territory there’s a lot of will to reinforce our links.

Is that also because they share the Celtic heritage?

I think that’s part of it. They have long-standing links and already do a lot of school exchanges and have plenty of economic links. However in October at Roscoff there was an event organised by the Morlaix Communauté intercommunal body where local and departmental councillors met with Cornish representatives on board Brittany Ferries’ ship Pont-Aven to put in place a formal partnership which will be even stronger than before. [the project is – coincidentally – called Brittany Connexion].