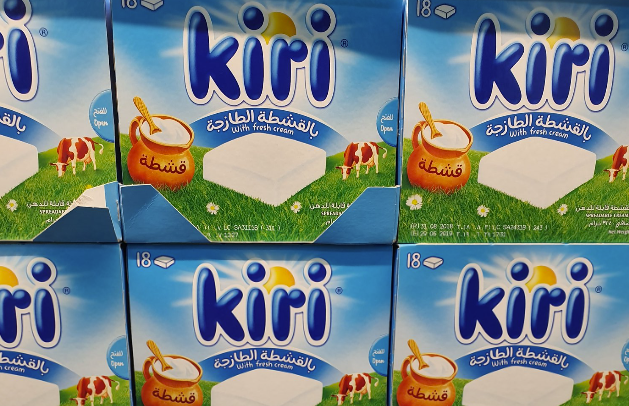 French products are facing boycott calls in some Middle Eastern countries after President Macron’s declaration that France would “not renounce caricatures” of the Prophet Muhammed after the murder of teacher Samuel Paty.

Calls to boycott products from France have spread across social media and beyond in countries including Turkey, Iran, Jordan, Qatar and Kuwait. Photos of empty supermarket shelves have spread, purporting to show French products being stripped from sale in protest at Mr Macron’s words.

Mr Macron made the speech during the memorial ceremony in honour of Mr Paty, who was murdered in the street by an Islamic extremist last week, after he showed cartoons of the Prophet Muhammed as part of a class on free speech.

As part of a longer speech, he said: “Samuel Paty was killed because Islamists want our future, and they know that with quiet heroes such as him they can never have it.

"They divide the 'loyal' from the 'non-believers'. Samuel Paty knew only citizens.
"They feed off of ignorance. They cultivate hate of others. He wanted, always, to see the face and discover the riches of difference. Samuel Paty was the victim of a macabre conspiracy of idiocy, of lies, of jumbled ideas, of hate of others, hate of who we are, deeply and existentially.

"On Friday, Samuel Paty became the face of the Republic, of our will to break terrorists, reduce Islamists, and live as free citizens in our country. The face of our determination to understand, learn, continue to teach, be free - because we will continue, teacher.

"We will defend the freedom that you taught so well, and we will uphold secularism. We will not renounce caricatures, drawings, even if others move backwards. We will offer all the opportunity that the Republic must to our young people, without discriminating against anyone.”

In the same week, Renaud Muselier, president of administrative group Régions de France, which brings together presidents of regions across the country, said: “We, the presidents of regions of France, are taking the initiative to prepare for publication a work bringing together the most notable religious and political caricatures that have appeared in the regional press, as well as those in the national press.

“We will ask a group of historians to explain the context of the right [to create] caricatures as part of the political history of our country.”

But now, the Organisation of the Islamic Cooperation, which unites many Islamic countries, denounced “the words of certain French leaders...that are likely to damage Franco-Islamic relationships”.

Showing images of the Prophet Muhammed - let alone satirical ones - is prohibited in Islam.

Across social media, calls have spread to boycott French products in protest, and numerous images of President Macron’s face with footprints across it have also spread, alongside other caricatures.

In Qatar, the supermarket groups Al-Meera and Souq al-Baladi announced that they would be taking French products off their shelves until future notice. A reporter from the Agence France-Presse said that this had included jams from the brand St. Dalfour.

The University of Qatar also announced that it would be postponing its planned “French cultural week” due to “a deliberate attack on Islam and its symbols”.

In Kuwait, French-made cheese such as Kiri and Babybel have been taken off shelves. A cooperative of 60 major supermarkets in the state also announced that they would be boycotting French-made and French-branded products, including cheese, creams and cosmetics.

Around 430 travel agencies in Kuwait have also suspended bookings on all flights towards France, said Mohammed al-Motairi, head of the Kuwait Travel and Tourism Agencies Association.

Yesterday (Saturday October 24), around 200 people gathered in protest in front of the French embassy in Jaffa, Israel; while in Gaza, protesters burned photos of President Macron.

The Elysée retaliated by recalling the French ambassador in the Turkish capital of Ankara, and denounced Mr Erdogan’s words as “unacceptable”.