Can I give my pet Covid? France mink cull raises questions 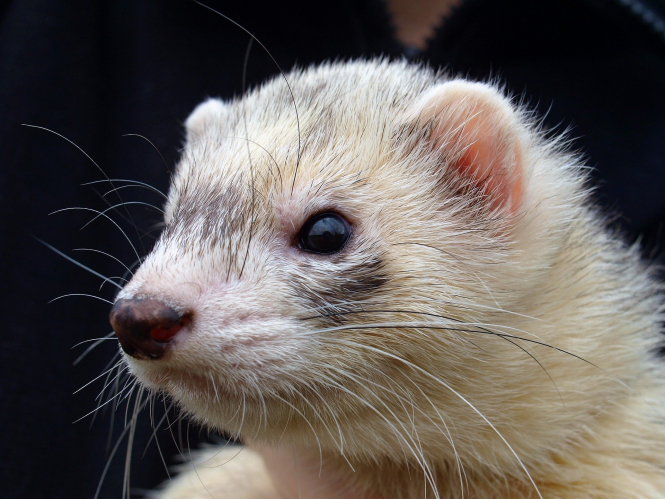 Ferrets are the third-most popular carnivorous pet in France and are part of the same family as minks. An outbreak of Covid-19 was recently discovered at a mink farm in France
By Connexion journalist

Around 1,000 mink were slaughtered at a farm in Centre-Val de Loire at the weekend to contain an outbreak of the virus that causes Covid-19, SARS-CoV-2.

It is the first time that the virus has been detected among mink in France, although contaminations have been discovered in other European countries such as Denmark, Sweden and the Netherlands.

Loïc Dombreval, a veterinarian and politician representing La République En Marche! (LREM), has called for owners of ferrets, the third-most popular pet in France, to be “vigilant”, and not to get too close to their animals.

“Ferrets are part of the same family as mink, the mustelidae,” he told FranceInfo. “It is necessary to observe more closely to see if ferrets could also be carriers of the coronavirus.”

Data from I-CAD (identification des carnivores domestiques), which tracks pets in France, shows that there are nearly 60,000 pet ferrets in the country.

Scientific studies have already proven that domestic animals, such as ferrets and cats, are sensitive and receptive to SARS-CoV-2, microbiologist Muriel Vayssier-Taussat wrote in a statement to newspaper Liberation.

She is the head of the animal health department at the Institut National de la Recherche Agronomique (INRAE) and said that “all these species are therefore theoretically capable of transmitting the virus between other animals”.

Have humans already caught Covid-19 from mink in France?

There have been no reported cases of people having caught the Covid-19 virus from a mink in France.

There are currently four mink farms in France, that breed the animals in order to sell their fur.

The ministry of agriculture and food wrote in a press release published on Sunday (November 22) that all the breeders working at the four mink farms in the country have been tested for the virus and all results were negative.

The four people working at the contaminated farm are also under heightened observation, the ministry wrote.

“At this stage, analyses have revealed that the virus was circulating in a farm in the Eure-et-Loir.

“As soon as the relevant authorities became aware of this, they immediately ordered the slaughter of all 1,000 animals still present on the farm and the disposal of the products from these animals, in order to protect public health against Covid-19,” the statement reads.

“One other farm has been confirmed as not affected. Tests are still being carried out on the last two farms and results are expected later this week. If results are positive in one of these two farms, the same culling measures as in the first farm will be applied.”

To date, domestic and wild animals have been found to play no epidemiological role in the spread of SARS-CoV-2 in France, the agency ANSES noted.

“However, certain specific situations, such as a high concentration of animals susceptible to SARS-CoV-2, call for vigilance so as not to constitute, in the future, an animal reservoir favourable to the spread of the virus,” it said in a press release published on November 19.

The agency notes that in Denmark and Netherlands there have been cases of humans catching Covid-19 at mink farms.

It is highly unlikely that anyone will catch Covid-19 from their pets.

Can humans infect their pets with the Covid-19 virus?

The US’ Centers for Disease Control and Prevention states that: “Recent experimental research shows that cats, dogs, ferrets, fruit bats, hamsters, and tree shrews can become infected with the virus.”

“Cats, ferrets, fruit bats, and hamsters can also spread the infection to other animals of the same species in laboratory settings.

“Laboratory mice, pigs, chickens, and ducks do not seem to become infected or spread the infection based on results from studies.”

Cats are more susceptible to catching the virus from humans than dogs are.

ANSES suggests that for any pet owners who test positive with Covid-19, they should also respect barrier gestures with their pets, and try to limit contact with their animals, “without compromising their well-being”.

When contact is necessary (to care for your pet, for example), it is "recommended that you wear a mask and wash your hands before and after".