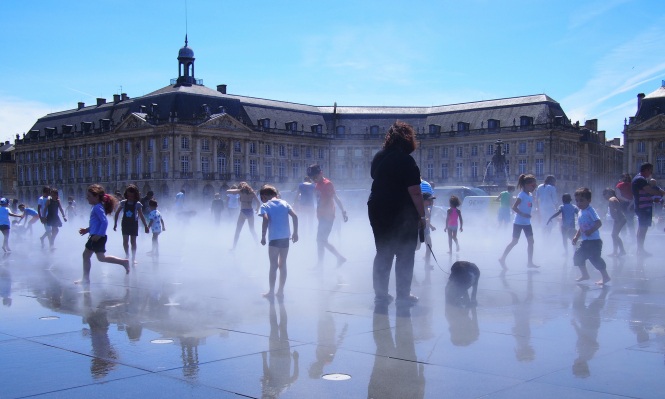 This month is set to become one of the hottest Junes on record, Météo-France said, as the country braces for another heatwave.

Temperatures on Sunday, June 18, are expected to soar above 35C in some areas of the south, while parts of the north could reach 31 or 32C, the forecaster warned. On Sunday, it placed 14 departments in the west of the country on yellow alert for a 'canicule' - which means residents in those areas could expect temperatures to remain high overnight for a minimum of three days.

Over the next two days, daytime temperatures will rise higher than 30C for the whole country, with the risk of occasional thunderstorms. Temperatures will fall midweek, but are expected to remain well above the 23-25C average for the time of year.

June has already experienced a number of brief heatwaves. Several temperature records have already been broken. In Salon-de-Provence, Bouches-du-Rhône, the mercury did not drop below 24.8C on Thursday night, a record for the town since 1939. On the same day, a new June night-time record of 25.1C was recorded at Montpellier airport.

Forecasters are predicting that this month will be one of the top five Junes since records began in 1900.

"We have more heat peaks than before, and in recent years we have more records of heat than cold," a Météo-France forecaster told L'Express newspaper. "Regularly beating these records, and more than 100 years ago, is characteristic of climate change."