Cheese, fish and meat as seasonal as veg, say experts 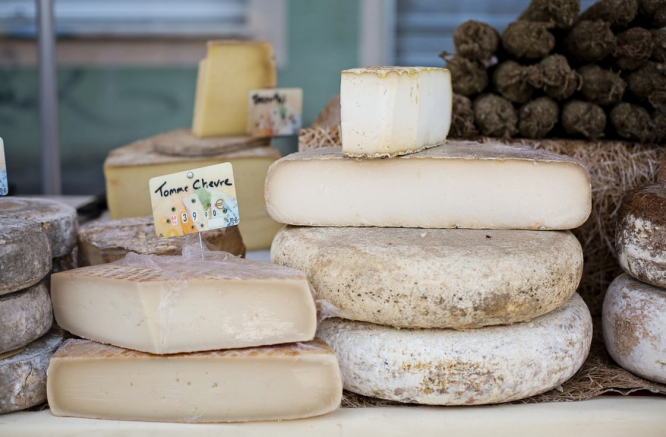 Cheese, fish and meat are as seasonal as veg and fruit, say experts
By Connexion journalist

The experts say that just like fruit and vegetables - such as strawberries in the summertime and root vegetables in winter - cheese, fish and meat should be varied throughout the year too, according to their own seasons, and when it makes the most sense to eat them.

When it comes to cheese, the experts say that varieties such as Reblochon-style cheese should be eaten in the autumn and Le Beaufort in winter, while fresh goats’ cheese is best in the spring, and options such as Camembert or mozzarella are best in summer.

This is because animals eat differently throughout the year, depending on when their food and grasses are most abundant, and this can affect the quality of their produce.

“There are enough kinds of cheeses to vary them and not be satisfied with the same flavours all year round,” explains Sébastien Paris. “A good dairy product depends not only on the producer's know-how but also, and above all, on the animal's welfare and the quality of its food."

For example, she explains that, despite often being favoured in December and January, lobster is actually especially good in mid-April to August.

At this time, the lobsters are large, with “unctuous” flesh, she says, and can be found for the reasonably-good price of around €30 per kilo, compared to the €100 per kilo that its price can reach at other times of the year.

Similarly, she advises that it is best to choose turbot or crab in winter; scallops and red mullet in autumn; cockles in spring; and sole and lobster in summer.

Meat should also be considered according to the season, explains Hugo Desnoyer, although it is perhaps less important than for fish or cheese, he admits.

Animals that rely on fresh grasses for their feed or during their reproductive months reveal the most difference in seasonal quality and flavour, including veal, beef, lamb, and turkey, he explains.

“Many meat seasons follow our usual Christian calendar, with turkey especially good in winter time. Yet, even though veal eaten in September may have suffered from the summer heat, its taste will not have changed too much.”

He advises eating turkey in winter, lamb at Easter, and veal for Pentecost. Pork and chicken, however, should be fine all year round.

3 days ago
2
Brittany Ferries safe, for the next year at least

14 hours ago
4
Pre-Christmas lockdown not right for France