Lyon to get direct low-cost Ouigo TGV service to Paris 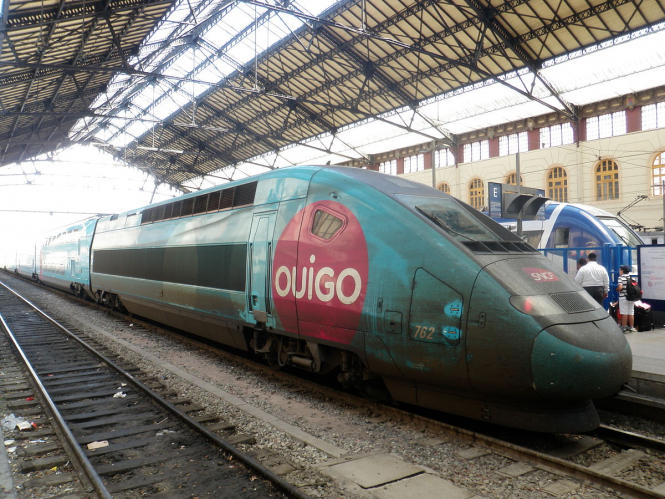 Ouigo services are expected to begin between Paris-Gare de Lyon and Lyon-Part-Dieu from June 1, 2020.

There will be three return journeys a day, with tickets starting at €16 for adults and €8 for children. The schedule will avoid rush hour times, as the Paris-Gare de Lyon station is already very busy at peak hours.

There are already four other cities directly connected by TGV to Paris: Bordeaux, Rennes, Strasbourg and Marseille.

Currently, Ouigo offers services between central Paris and Lyon airport (30 km away from central Lyon), and Lyon Part-Dieu and Marne-la-Vallée (Seine-et-Marne, 45 km away from Paris), but this will be the first line between the two city centres.

The new service is being hailed as symbolic, as Paris-Lyon was the first TGV line to open in France 38 years ago. It is still the most popular line today, according to SNCF.

The move also appears to be strategic, as SNCF prepares for competitors to enter the market, with Italian operator Trenitalia set to run its Thello services in France from 2020, and Spanish firm Renfe expected to introduce low-cost services by 2021.

Operating very low-cost train routes between central Paris and central Lyon has been seen as a way for SNCF to weaken competitor services even before they begin - especially as Renfe has already said it will not serve Paris initially, due to “technical difficulties” and “imposed conditions”.

Low-cost Ouigo services now make up 15% of SNCF’s TGV traffic, and has not made a significant dent in passenger numbers on normal TGV services, as half of Ouigo passengers would not have otherwise used a TGV to travel, the company said.

SNCF is hopeful that the Paris-Lyon line will be popular, as it has previously said that 40% of its Ouigo passengers are non-Paris residents from all over France, who particularly appreciate train services direct to the capital’s centre.

Ouigo was launched six years ago, to bring new customers to TGV lines, and give those who would otherwise not travel by high-speed train the chance to do so, according to SNCF. Almost two-thirds of tickets (65%) cost less than €25 each, SNCF has said.