Concern over costs for Macron plans 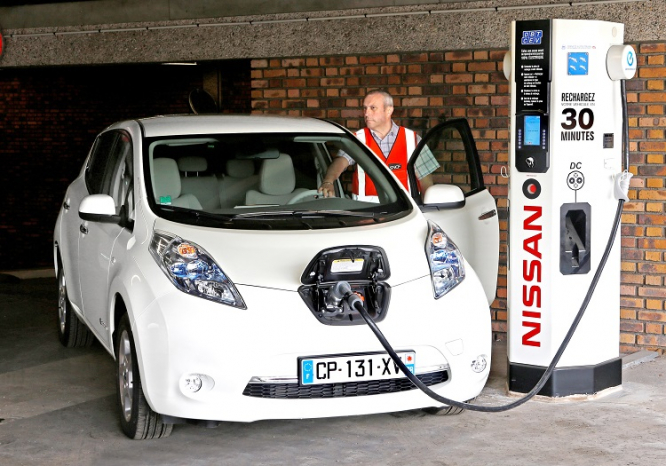 To live up to his election promises President Emmanuel Macron must cut taxes, raise public spending and reduce the budget deficit to 3% of GDP – a task his critics claim is impossible.

His plans for €60billion of investment across a raft of schemes, matched by other spending and tax cuts have already hit their first obstacle, an €8bn hole discovered by an initial audit of government accounts.

The demand for immediate budget cuts in government departments (-€268m at the Economy and Finance Ministry, -€160m Justice Ministry, -€526m Interior Ministry among them) was overshadowed by the resignation of the head of the armed forces after the Ministry of Defence was ordered to make €850m cuts.

To further complicate the budget squeeze, Macron’s plan to scrap the CICE, François Hollande’s income tax credit for businesses that take on staff (already scheduled to rise in 2017), and replace it with a lower rate of business charges, would see the government paying twice in one year, for the credit and for the charge reduction.

Such a move would force France, already the last eurozone nation still running a deficit above the 3% deficit target, to miss it for another year, however, commentators say the EU may be able to make a one-off exception for this particular policy.

While Mr Macron and his party claim the cost of scrapping the CICE and reducing social security payments is neutral, businesses claim it will hit them with a greater tax bill.

Lowering employers’ contributions means higher profits which will be taxed more punitively than the rate of the original charges according to the financial consultants COE-Rexecode which estimates a €10.3 billion cost to business, while the Institut de l’entreprise put the figure at €12bn.

Next year’s budget will focus on the first phase of removing the taxe d’habitation for 80% of French households during his presidency (see pages 1 and 40); cutting workers’ social cotisations for health and unemployment and raising the CSG charge by 1.7% to compensate; and reforming the ISF wealth tax to focus on property starting in 2019.

As of 2018 there are plans for a new fixed combined rate of tax and social charges of 30% on savings income not held in tax-free accounts, which is claimed to represent an overall tax reduction of €1.5bn (those not paying tax should be able to opt out).

Plans to raise the CSG charge by 1.7 points have been criticised for unfairly hitting retirees (although those earning less than €1,200 a month will be exempt), public sector workers, and the self-employed, unless compensatory schemes are created.

A further €20bn of spending cuts are also planned for 2018, including a review of large transport projects and reducing overseas aid.

Plans by the previous government for ‘income tax at source’ starting in 2018 have been put off to 2019.

Other reforms being planned, which Mr Macron says will, during his presidency, create a “profound transformation” and “give us back our confidence in ourselves”, include:

The prime d’activité – a bonus for low-paid workers – will be increased to make sure work pays more than unemployment benefit.

The RSI, which collects social charges from the self-employed and which is often accused of inefficiency, will be abolished and their regime will be aligned with that of salaried workers.

The government plans to open up unemployment benefit to people who resign and to the self-employed as well as making reforms of training and apprenticeship. Critics say the measure could cost €2-7bn a year.

Maternity leave cover for the self-employed will be brought in line with employees’ and, generally, improvements to maternity leave and childcare provision are promised.

Pensions are to made more standardised, ending the many varied regimes.

By 2020 the government promises to cut in half the amount of waste put in landfill and to recycle 100% of plastics.

No more permits will be given for extracting fossil fuels and €50bn will be set aside for a fund to invest in modernisation work including green energy (as well as transport, skills training, health, agriculture and modernising the state).

Tax on diesel will be increased to equalise it with petrol. Sale of diesel and petrol cars is set to end by 2040.

France is to be ‘carbon neutral’ by 2050 (no net release of carbon dioxide into the atmosphere).

Some €4bn will be allocated to renovate energy-inefficient buildings. Green Energies Minister Nicolas Hulot claims the problem will be eradicated in 10 years’ time.

A climate change conference is planned from December 12.

Changes for education from the 2017 rentrée include plans for collège pupils to do their homework at school with help from volunteers in a scheme called devoirs faits.

This is meant to be available to 20% of collège pupils this year and then be rolled out further each rentrée until 2020. For more on this and on other plans for primary school and collège see page 20.

A consultation will start at the rentrée on reforms of the Bac by the 2021 exams. There may be fewer final exams but with students studying their best subjects in more depth, plus more use of continuous assessment.

In another reverse to a Hollande-era policy, Education Minister Jean-Michel Blanquer wants to bring back redoublement (pupils re-sitting a year). It should still be ‘rare’ but schools should not hold back from using it.

Universities able to be more selective in terms of the specialisms and grades needed at Bac level for a given course. This aims to tackle the high drop out rates of the current system where everyone with the Bac may go to university.

New international sections in schools are planned in Paris, ranging from primary through to lycée.

A new national service. The price to set up one month’s military service for people aged 18-21 was estimated at €15-20bn, before being revised to €1-2bn if existing facilities are used. The Institut de l’entreprise estimates annual running costs at €2.2 billion.

Childhood vaccinations presently only recommended will become obligatory next year. Only three are obligatory today: diphtheria, tetanus and polio. The others are whooping cough, measles, mumps, rubella, hepatitis B, Haemophilus influenzae bacteria, pneumococcus and meningococcus C.

In another measure criticised for its cost, everyone will have access to offers for hearing aids, dental prosthetics and glasses which are 100% reimbursed. Opponents say the measure, estimated to cost €3.8-4bn a year, will push up the cost of mutuelles. President Macron claims it will be absorbed by better competition in these markets, and will not affect the price of mutuelles.

The state of emergency will end by November 1, 2017, but reinforced anti-terrorism laws will be voted on.

In spring 2018 the interior and justice ministries will present reforms to cut red tape for the police and improve ‘everyday policing’.

Also next year a law simplifying the justice system is planned.

President Macron wants to reduce the number of MPs and senators by a third (from 577 to 385 for MPs and 348 to 232 for senators) but to increase the resources available to remaining elected members who he intends will be able to recruit more and better-trained staff and improve parliament’s efficiency.

He also wishes to reduce the number of local councillors.

MPs and senators will be limited in the number of consecutive terms of office they may have in the same job (a maximum of three is proposed), so there is regular renewal.

Each year the president will speak to parliament to make an account of himself - a French State of the Union.

An ‘element of proportional representation’ is to be introduced into parliamentary elections.

There will be a reform of ways in which people may use their right to petition parliament.