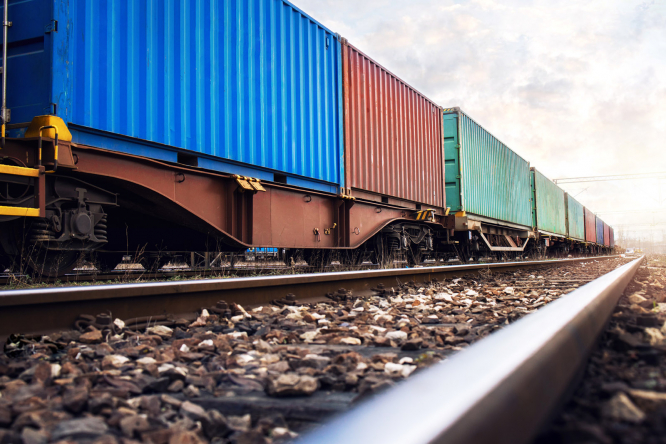 The cooperative received its final permits to run trains in France in September. It is buying the locomotive and will be hiring the goods wagons Pic: Aleksandar Malivuk / Shutterstock

The line has not been used by the state operator since 2014 but is an important link between two southern transport hubs – Decazeville in Aveyron, near Figeac, to Saint-Jory near Toulouse – across an area with few road and rail connections.

Local volunteers have been keeping the lines in good condition and the service of 16 goods wagons is due to start on November 15.

Alexandra Debaisieux, head of the cooperative, said: “We hope people will use it as an alternative to lorries, which take a long time and burn a lot of fuel on the twisty roads in the region.”

Her brother Nicolas, a civil engineer, moved to Lot after working all over the world, and first saw the potential of reviving rail services as a way to reduce CO2 emissions.

Ms Debaisieux, who works in finance, joined him to drive the project, raising €1.5million. When she spoke to The Connexion in October, she said the first cargo had not yet been finalised. “There are a number of businesses we are talking to, but contracts have not yet been signed.

The cooperative received its final permits to run trains in France in September. It is buying the locomotive and will be hiring the goods wagons.

Passenger trains are also in the pipeline, with launch dates from mid-2022.

The first will be a line from Bordeaux to Lyon, across the Massif Central, with stops at Limoges, Guéret and Montluçon. Other lines, likely to be later in the year, include one from Toulouse to Saint-Brieuc in Brittany.

In the meantime, the freight service is likely to be widely welcomed after the government published a national strategy for developing rail freight. It called for a doubling of rail’s overall share of freight in France to 18% by 2030.

In European terms, France is near the bottom of the rail freight league table, just one percentage point above the UK.

Ferries, planes, trains: 10 updates for travel to and within France

17 hours ago
3
Why are Covid cases in France still higher than in most of Europe?