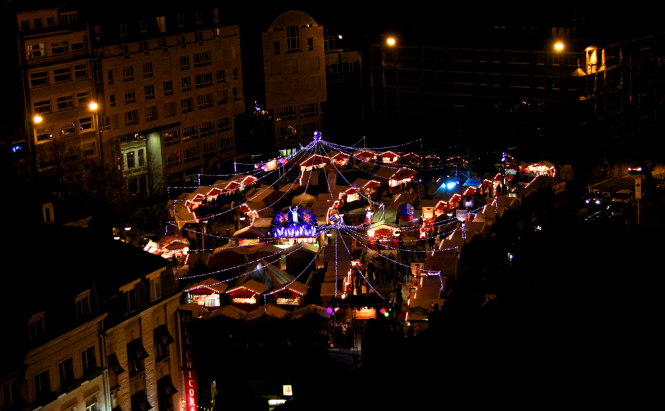 A Christmas attraction in northern France has been cancelled because of coronavirus.

Authorities in Lille announced on Thursday that the city's Christmas market - which was scheduled to run from November 20 to December 31 - would not be held in the city's Place Rihour in 2020, because of the rising cases of Covid-19 in the city.

It is another blow to the economy of the city. The hugely popular braderie, which usually takes place in September, and attracts hundreds of thousands of visitors, had already been cancelled.

Romuald Catoire, head of the Federation of Commerce, Handicrafts and Services which organises the Christmas market, told Franceinfo: "We had been considering all possible scenarios since March.

"The deadlines have come closer and the deterioration of the health situation no longer allows us to guarantee the safety of the event."

As reported, Lille, along with Grenoble, Saint-Étienne and Lyon, is expected to be placed on 'maximum alert' when Health Minister Olivier Veran delivers his weekly update to the nation on Thursday evening.

At the beginning of September, Arras, in neighbouring Pas-de-Calais, announced the cancellation of its Christmas market.

Authorities have yet to confirm whether the giant Ferris wheel - another regular Festive attraction - will be installed in the Grand Place.