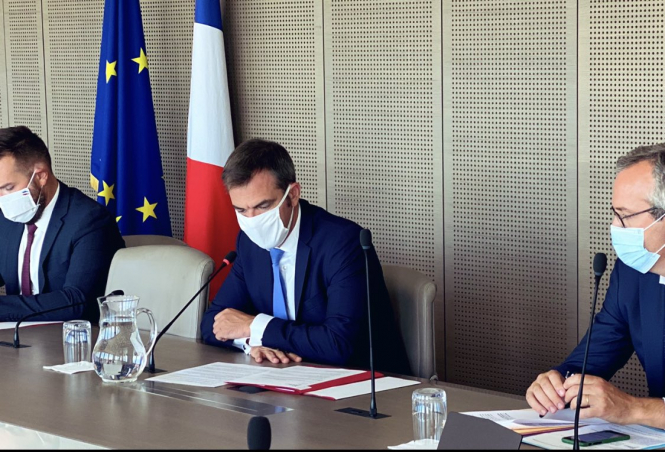 Health Minister Olivier Véran is due to make an announcement at around 16:00 today
By Connexion journalist

A Defence Council is in session today with discussions likely to centre on France’s response to the increasing number of coronavirus cases in the country.

In the past 24 hours, 9,843 new cases were recorded - a daily record since widespread testing began, figures from health body Santé Publique France show.

The circulation of coronavirus is “worrying” and the government is “going to be obliged to take a number of difficult decisions in the next eight to 10 days maximum,” professor Jean-François Delfraissy said on Wednesday. He is the president of France’s Conseil Scientifique, which advises the government on matters relating to coronavirus.

Health Minister Olivier Véran is due to make an announcement at around 16:00 today, according to France Info. It is not yet known when President Emmanuel Macron will speak.

In a speech yesterday, Mr Macron said that France would have to “fight against the virus” and that “we will have decisions to take at the Defence Council on Friday, as always.”

One idea being floated is the concept of a ‘social bubble’, France Info reported.

This would involve each household choosing a limited number of people with whom the members could have close contact with.

Another measure that could be announced is a limitation on the number of people gathering, similar to the so-called ‘rule of six’ measure recently announced in the UK.

Finally, the Conseil Scientifique has previously put forward the idea of local confinements that could see major cities put back under lockdown. You can find out more about this here.