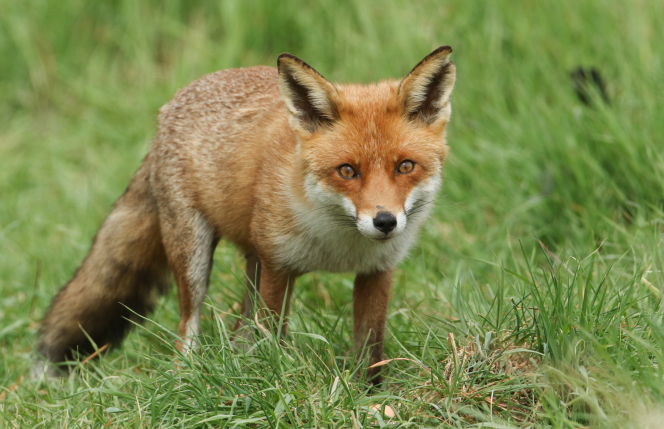 A court has suspended a decree authorising the culling by hunting of 1,700 foxes in northern France, pending further judgement on the case.

The prefecture of Oise, Hauts-de-France, had authorised the hunting of 1,700 foxes until February 28, 2022, to help ‘regulate the species’ in a decree of September 13.

But the administrative court of Amiens this week suspended the decree, pending further investigation into the situation.

The court will now await a further judgement on the decision.

Animal welfare campaigners, including One Voice, Aspas and Aves, have welcomed the suspension.

The groups brought the case to court after condemning Oise’s decree as “a veritable massacre”.

Muriel Arnal, president of the One Voice association, told France3: “This decision shows that hunters aren’t the only ones with rights. Foxes are not about to take over the planet. These are fallacious arguments that [hunters] use to justify their sport.”

It said: “Beyond their ‘usefulness’ when it comes to ecosystems and biodiversity, [foxes] are extraordinary animals that have their place in nature and deserve to be protected in themselves.”

The Oise prefecture has said that the decree was necessary given the evolution of the population of foxes, and the fact that the usual ‘takings’ were not able to be done as usual in recent years due to the Covid-19 lockdowns.

The prefecture added that foxes represent a health hazard and can spread human and animal illnesses such as Lyme disease, alveolar echinococcosis (fatal tapeworms), neosporosis (animal parasites), and the skin conditions leptospirosis and scabies.

But animal welfare associations dispute these claims, with One Voice calling them “a perfect storm of the same old ridiculous arguments”.

Marc Giraud, a member of Aspas, told France3: "They want to make people panic about these diseases [but] there are only 15 cases of alveolar echinococcosis in France every year, and it can be treated. You are more likely to catch it by having your dog lick your face if it is not vaccinated.”

Jessica Lefèvre-Grave, a spokesperson for One Voice, said: “It's difficult to agree to ‘regulation’ when we don't know exactly how many [foxes] there are, and we don't know for sure whether this ‘damage’ is really by them.

“In our view, this decree amounts to extermination, by any means necessary, to make foxes disappear.”

This is not the first time that courts have sided with animal protection associations on the issue of fox culling.

Last May, the administrative court of Amiens annulled two prefectural decrees that allowed the "destruction by night shooting" of 1,600 foxes.

“The public are behind us, the courts are increasingly seeing through arguments put forward by the prefectures, which are under pressure from hunters. And that's not acceptable anymore.”

Nationally, an online petition by the One Voice association, along with Anymal and Aspas, has so far gathered 478,000 signatures in favour of removing foxes from a list of “species likely to cause damage".

Judge rules 1,430 foxes can be killed in Normandy this year