Court to rule on whether French health pass conforms with constitution 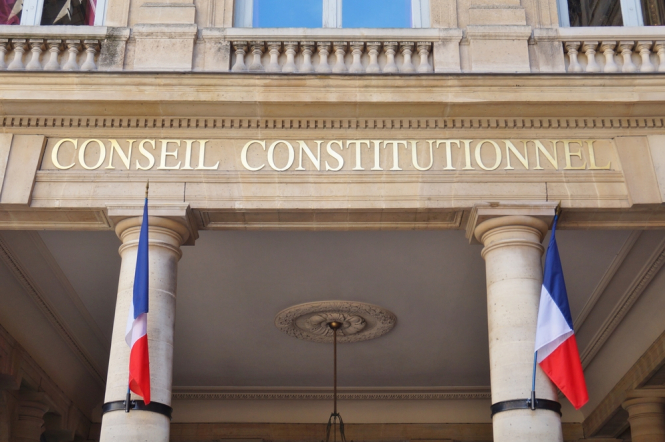 MPs and other campaigners have said that the new rules “constitute a threat to the freedom" and asked the court to weigh in Pic: EQRoy / Shutterstock

A decision on the legalities of the health pass extension in France, including an alleged threat it makes to healthcare access, and the requirement for certain workers to show a pass, is expected this afternoon (August 5).

The constitutional advisory court, le Conseil constitutionnel, was consulted by more than 70 MPs, 120 senators - and the prime minister, plus 50,000 citizens through several lawyers, who claim that the new bill is not constitutional.

Read more: Is there legal basis for France's obligatory health pass and vaccines?

Constitution expert Jean-Philippe Derosier told FranceInfo that the court has “never censured any government measure” on Covid-19 before, but that certain points of this law may receive small changes or recommendations.

Lawyer Patrice Spinosi said that the court will likely issue "reservations of interpretation" and "clarifications" on the implementation of the law, but not a “major challenge” to the bill.

Constitutional expert Professor Dominique Rousseau said that certain aspects of the law are worrying, such as the decision to let local prefects decide if the health pass will be needed for entry to local commercial centres of a certain size.

He said: “It’s up to the legislator to set the rules on exercising freedom. This represents a failure by the legislator, which is [instead] giving prefects a discretionary, arbitrary power.”

Professor Annabelle Pena, rights specialist and former magistrate, pointed out that the requirement to show a health pass to enter a medical establishment, except in an emergency, was also a problem.

On August 2, doctors authority l’Ordre des médecins issued a statement saying that the rules must not “deprive patients of care”, and that it “reminds people that the mission of public service taken on by all healthcare workers is to guarantee healthcare access for everyone”.

Psychiatry professionals also sent an open letter to Prime Minister Jean Castex last week, asking: “How can we accept that people who need healthcare and who are going to hospital can be rebuked because they don’t have a health pass?”

The rules requiring workers to show a health pass are also expected to be considered.

This should apply to employees in sectors receiving public, such as cinemas, restaurants, amusement parks or sports centers.

Currently, workers who do not show a health pass from August 30 will risk being suspended from their positions without pay. After three days, they will then be invited to a meeting to discuss “ways to rectify their situation”.

“This has consequences for the right to work,” said Jade Dousselin, spokesperson for the lawyer collective for the 50,000 citizens who requested a decision from the court.

The citizens’ statement explained: “Fixed-term contracts (CDD) can be broken by employers as a result.”

MP Stéphane Peu, one of the MPs to have summoned the court, said: “The law is introducing a differentiation, in the [work code] Code de travail, between workers on a CDD, and others, with the risk of a complete loss of work without the possibility of unemployment benefit.

“This is a break with equality, and is also a deep change in the Code de travail, which makes precarious jobs even more unstable.”

The health pass has sparked weekend protests; 200,000 people protested against the rules last weekend, which have also come as vaccination has also been made mandatory for more than 70 professions within the healthcare industry.