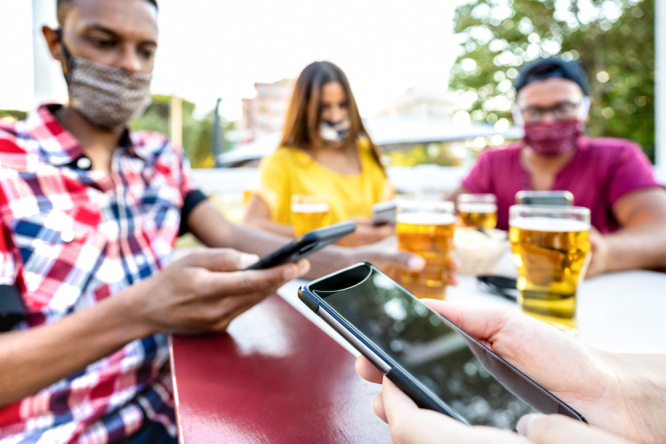 Backwards contact tracing aims to identify the place, situation or event at which a person was contaminated Pic: View Apart / Shutterstock

As daily Covid cases rise in France, one new technique being used to stop the spread of the virus is backwards contact tracing, called rétro-tracing or traçage rétroactif in French.

We explain how it works and why it is being used in France now.

This differs from contact tracing, which aims to identify who a person that has tested positive for Covid-19 might have spread the virus to.

The two techniques can be complementary.

If backwards contact tracing gets all the way back to patient zero, contact tracing can then be done to identify all people who may have been infected by those in the transmission chain.

This gives a detailed picture of how the virus has spread, and means more people who have been exposed to it can be identified.

How is backwards contact tracing being used in France?

This followed two trials run in Côte-d’Or and Loire Atlantique which began in March 2021.

Cnam told FranceInfo: “After getting the contact cases from the original patient, an investigator from l’Assurance maladie asks the patient if they know the place, the situation or the event at which they were contaminated, and others who were there who might have been exposed to the risk of contamination.”

The process is complicated by the fact that contamination can occur up to 10 days before the first symptoms appear.

A study from the UK found that backwards contact tracing is “profoundly more effective” than contact tracing. It allows authorities to better identify super-spreader events, and people who are likely to be the source of multiple contaminations.

The research shows that how likely someone is to spread the virus varies greatly between individuals, based on how many social contacts they have.

This is supported by a study on super-spreader events from Hong Kong, which found that less than 19% of people infected with Covid were responsible for 80% of future contaminations.

Backwards contact tracing means people who are more likely to have spread the virus can be identified, along with people they may have infected.

Why has backwards contact tracing only been introduced recently?

Cnam said the process was introduced six months after the study was released as backwards contact tracing can only be established when the virus is circulating at relatively low levels – which has only been the case relatively recently in France.

But other countries, such as Japan, have been using the technique since the beginning of the health crisis and some experts have questioned why the same has not been done in France, particularly when the techniques have previously been used to track diseases such as HIV.

Infectologist Professor Anne-Claude Crémieux told FranceInfo: “L’Assurance maladie said that they were thinking about introducing backwards contact tracing last November, and that they were in contact with Japan.”

“The crisis has shown that France is extremely weak when it comes to public health on the ground. There is no tracing for STIs because it was abandoned a long time ago.

“Faced with a crisis on this scale, France absolutely did not have the means to break contamination chains [using contact tracing techniques].”

Will backwards contact tracing help slow the spread of the Delta variant?

Professor Crémieux said that even countries with very low transmission rates, such as Australia, “which have so far managed to control the spread of Covid-19 thanks to expertise in significant contact tracing methods, have been overwhelmed by the extremely contagious nature of the Delta variant”.

Results so far indicate that systems in France have faced similar issues.

Backwards contact tracing was introduced in Landes, Nouvelle Aquitaine, at the beginning of June.

The department has had the highest rate of infections with the Delta variant in France, accounting for 85% of all new cases.