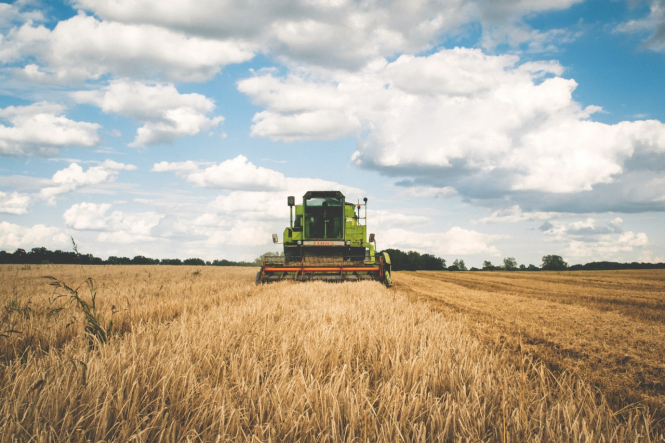 He asked all able French people who are no longer working due to the coronavirus shutdown to “join the huge army of French agriculture”.

He said that 730,000 workers had found themselves on “partial unemployment” status as their companies took preemptive measures against the economic damage wreaked by Covid-19.

Many of these people could now join agricultural workers to help ensure the supply of food throughout the crisis, the minister said.

There could be up to 200,000 direct jobs available, Mr Guillaume said, in a sector that often relies on temporary workers from abroad.

He said: “We must produce [enough] to feed the French people.”

These include the closure of all markets except if it is the primary food source in the immediate area. In light of this, economy minister Bruno Le Maire also joined the call to support French agriculture.

He called on supermarkets to order from French producers who may be suffering from the market closures, and said that shops should especially focus on French origin fruit, vegetables, meat and fish.

Mr Le Maire spoke of “economic patriotism”, and said: “I call on major retailers to make a new effort: supply yourselves with French products.”

The new, tighter measures also include limiting physical activity to one hour within a 1km radius of your home once a day; only seeing people you already live with; limiting all non-essential journeys; travel for health only when authorised by a medical professional.

People going out to do sport or to take some air with children must now also write on the form the time at which they are leaving, as this time is limited to one hour.

Health minister Olivier Véran announced yesterday night that the number of people who have now died of the virus in France since the beginning of the epidemic has risen to 860, including 186 in the last 24 hours.