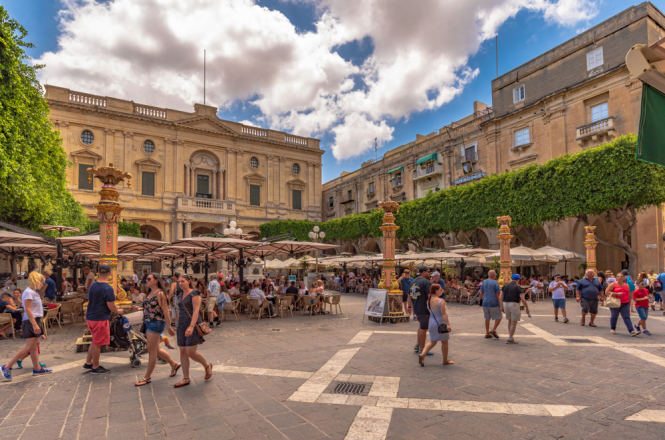 The new rules for travel have been introduced as daily Covid cases have risen sharply in Malta in the past week Pic: Cliff Day / Shutterstock

Malta will close its borders to unvaccinated visitors from July 14, in a move condemned by France as “against European rules”.

Mr Beaune told Europe 1: “The decision taken by Malta is against European rules and I believe we need to stick with the framework we have and apply it fully. This framework is the EU health pass.”

The EU health pass shows that the bearer has a negative PCR test result taken within 48 hours, has been vaccinated against Covid-19 or has already had the virus and is considered immune.

While the pass does not guarantee entry to an EU country, it should facilitate travel between member states.

New rules in Malta mean that tourists will no longer be allowed to enter the country if they have a negative PCR test result taken within 48 hours before travel, or if they have already had Covid-19 and are considered immune.

The decision comes as daily cases have risen sharply in Malta since July 9.

Mr Beaune warned that one EU country declining to use the health pass meant that others could follow.

He said: “What has happened in Malta means that only the vaccine is recognised. That should alert us to the fact that if the health situation deteriorates, then temptation to close borders, even against the rules, will increase.”

He added: “We haven’t always succeeded in coordinating together in Europe during the health crisis but for once we have the health pass, which is the same throughout the EU.

“It is a framework that is standardised, that will protect people and must be applied.”

The decision in Malta is not strictly against EU rules as suggested by Mr Beaune, who himself advised against travel to two European countries last week.

While using the health pass, EU countries have the right to introduce extra travel restrictions in case of a return of the epidemic, as long as they inform Brussels and the other member states and provide justification for doing so.

This comes as EU countries including Spain and the Netherlands are reintroducing restrictions for venues such as nightclubs, restaurants and other indoor public spaces in the face of rising cases of the Delta variant.

In France, the average number of daily Covid-19 cases has increased by 52% from last week, figures from Covidtracker show.

President Emmanuel Macron will give a televised address on the health situation in France at 20:00 this evening (July 12).