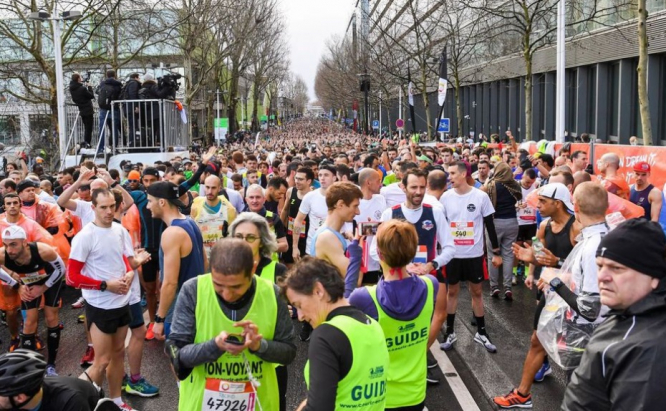 Gatherings of more than 5,000 people have been banned in France, as have some concerts and sporting events
By Connexion journalist

So far in France, two people have died, and 44 people remain in hospital at the time of writing.

Health minister Olivier Véran has said: “In France, we have reached a new stage of the epidemic; we are now passing into stage 2 [of three stages in total]: the virus is circulating in our country and we must slow down its spread.”

Most of the new cases have been identified in the Oise department, including 18 more confirmed by Friday February 28 - six more than had been confirmed the day before.

More “clusters” have been identified in other areas too: including in Annecy, where there are six cases; six cases identified among a group of people who returned from a trip to Egypt; and two cases in Montpellier.

Hospitals in Nantes, Lille, Dijon, Bégin à Saint-Mandé, Compiègne and Tenon are still caring for patients in quarantine. Two cases are severe; one in Tenon, and another in Compiègne.

Three cases were confirmed among health workers at the Tenon hospital, with around 50 other workers now in quarantine “at home” for the next two weeks.

Any other workers who had contact with the infected patient have now been placed on “professional leave”, said the hospital’s head of infectious diseases, Gilles Pialoux.

Two new cases have also been announced in La Balme-de-Sillingy (Haute-Savoie), where there were already four confirmed cases; one new case in Nice, who had just returned from a trip to Milan; and one new case in Monaco, who has been transferred to hospital in Nice, but whose condition is “not worrying”.

During a visit to Crépy-en-Valois (Oise) - the town in which the first French man to die of the virus was a school teacher - Mr Véran reminded people of the importance of “barrier measures”.

He said: “During an epidemic situation, protecting yourself is also about protecting others. Wash your hands every hour, cough into your elbow. Use disposable tissues. I also recommend, for the foreseeable future, to avoid shaking hands with people.”

He added: “Masks are useless if you are not ill, and if you have not come into close contact with ill people, or if a mask has not been recommended to you...most contaminations happen through the hands.”

Ministers met over the weekend to discuss the next steps to take, the Elysée Palace confirmed.

So far, more than 2,000 pupils have been delayed from going back to school, as they had come back from trips to affected areas, education minister Jean-Michel Blanquer said.

Schools have closed in five communes across the Oise, and some markets and cafés have also closed in the area.

Any gatherings of more than 5,000 people have been banned in France as a result of the virus, and a half-marathon set to take place on Saturday February 29 in Paris was cancelled, as were several gigs and concerts.

Economy minister Bruno Le Maire said that the virus will be “considered as a ‘force majeure’ for businesses”, meaning that penalties for delayed deliveries or services due to coronavirus will not apply for small and medium businesses.

The measures also mean that some staff may be entitled to work part time, and that some taxes may be spread over a longer period for companies that need it.

The World Health Organisation (WHO) has now confirmed the threat as “very high”, and said that it would be a “fatal mistake” for any country to think they could escape the spread of the virus.

4 days ago
3
Covid: Will UK-France travel be restricted from January?