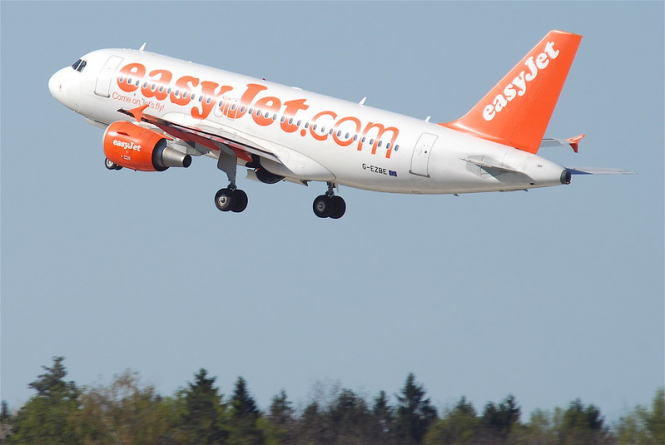 Covid-19: Air France has said it will reduce activity by 70-90%, and EasyJet has warned it may have to ground its fleet
By Connexion journalist

Air France said today (Monday March 16) that it will reduce activity by 70-90% over the next two months at least, due to travel restrictions and a drop in demand.

British Airways has also said it will cut capacity by 75% in April and May.

In its most recent statement on the issue, EasyJet said it had cancelled a "further significant" number of flights. It added that it may be forced to ground most of its planes.

It said: "These actions will continue on a rolling basis for the foreseeable future and could result in the grounding of the majority of the EasyJet fleet.”

Paris airports Roissy Charles de Gaulle and Orly are to close part of their terminals from this Wednesday (March 18), parent company Aéroports de Paris has announced today, as reported by France 3.

The measures are set to last until July 1.

At Charles de Gaulle, terminal 3 will be closed. Terminal 3 usually serves Transavia flights between Italy and Spain. All remaining passengers in terminal 3 will now be directed through T1 and T2.

Similarly, Nice airport (Alpes-Maritimes, Provence-Alpes-Côte d'Azur) has closed one of its terminals (T1) and is redirecting all flights to its second terminal (T2).

It said that the move was intended to ease the flow of passengers and make it easier to enforce public health rules, and did not mean flights to or from T1 would be cancelled or delayed.

Read more: Covid-19 in France: What impact on travel? - Can I change or cancel my flight? Is it safe to fly? Can I still take a ferry?

Dozens of French nationals and tourists are stranded in Morocco today, after the government suspended all international flights “until further notice”. Tourists are waiting at the French consulate for further information on how they may fly home.

As a result, Air France has announced that it will open immediate flight bookings to France from Morocco, and cap all available seats at €250 each.

UK not a ‘risk zone’

The French foreign minister has said today that although Covid-19 is “obviously still a danger” in the UK, there are (so far) fewer cases there than in France, and the country is not considered to be a “risk zone” for French people at the moment.

This means that France has not yet ordered French residents in the UK to return home.

There are now 5,423 confirmed cases in France, and 127 people have died, said the latest update on Sunday March 15.

The French director general of health has described the Covid-19 epidemic as very “worrying, and deteriorating quickly”, and warned the public to respect the guidelines on staying indoors whenever possible, and staying at least one metre away from other people.

President Emmanuel Macron is to address the nation tonight at 20h, to present a series of further updates and health recommendations to stop the spread of Covid-19 throughout France.

If you have returned from a high risk area, including China (mainland China, Hong Kong, Macao); Singapore, South Korea, Iran or the Lombardy and Veneto regions of Italy, and present symptoms of respiratory infection such as fever, cough, difficulty breathing within 14 days of your return, call the SAMU emergency number, 15. Do not go to your local hospital or doctor.