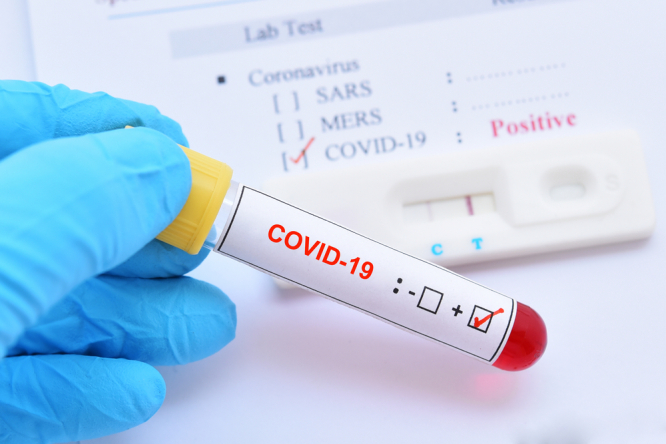 A total of 6% of positive Covid-19 tests in France among adults are in people who are fully vaccinated against the virus, a new report shows. These people are also less likely to pass the virus on to others.

Studies show that fully vaccinated people spread the virus less than the unvaccinated because they have a smaller viral load. This is especially true for people who have received the Pfizer vaccine, with studies showing that their viral load is three-to-four and a half times lower 12 days after the second injection.

Researchers at the Necker Institute wrote: “This suggests that the nasal load drops strongly as the immune response from the vaccine develops. At the current time, no one knows the minimum quantity of the virus necessary for the illness to spread.”

French authorities have reiterated that protection from vaccines is not immediate.

It starts, and continues to increase, from seven days after the Pfizer, Moderna and AstraZeneca jabs; and may take up to four weeks for the Johnson & Johnson injection.

A study of 600,000 fully vaccinated people in Israel showed that the level of protection increases with the second dose, and after several weeks.

On its ‘Covid advice’ website, the government states: “No vaccine protects 100%. Even if you are vaccinated, there is still a risk of getting Covid if you are exposed to the virus (although the illness will usually be less severe), and of spreading it after (although your contagiousness will also be reduced).”

It comes as National Education Minister Jean-Michel Blanquer was forced to defend his statement of July 28, when he said: “When you are vaccinated, you will not continue to contaminate others.”

He made the statement while unveiling his plan to enable students at collège and lycée to continue studying in-person even if a Covid case is detected in their class.

Read more: Vaccinated pupils in France to stay in school if class has Covid case

Later, the minister qualified the statement to AFP: “I did not mean that there was zero risk of contaminating others,” he said.

There is as yet no widely accepted consensus on how long the body remains immune to Covid-19 after the last vaccination.

Recent studies suggest that immunity lasts just under four months. A paper published in scientific journal Nature at the end of June shows that the immune reaction among a sample of fully vaccinated people remained strong at least 15 weeks after the first dose of the Pfizer jab.

Yet, researchers at the Institut Pasteur in Paris have said that factors such as age, vulnerability, and the spread of new variants (such as the Delta strain) could make a significant difference to this immunity.

In a statement from July 26, the institute said: “A reduction in the level of transmission due to non-pharmaceutical measures [such as barrier gestures] is therefore still important to limit the impact of a new wave on the hospital system.”

Read more: Should I get a vaccination in France if I have already had Covid-19?

The French government is set to launch a new reminder campaign in September, for people to get a third booster dose of vaccine if required.

So far, health authority La Haute autorité de santé has said that most people will not need a booster “for now”.

Booster jabs will likely be available for vulnerable and elderly people from September.

This group is likely to include people aged over 75, at-risk patients over the age of 70, and people who have had an organ transplant, are undergoing chemotherapy, or are taking strong immunosuppressive medication.

Covid France: Who should get a third booster vaccination in autumn?
Who is eligible for a third Covid vaccine dose in France?
Booster jabs against Covid-19 not needed in France ‘for now’