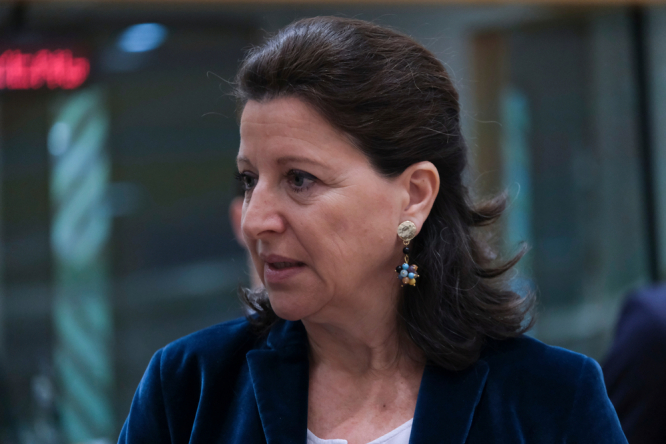 Agnès Buzyn served as France's health minister between May 2017 and February 2020, when she stepped down to run for the role of mayor of Paris. Pic: Alexandros Michailidis / Shutterstock

France’s former health minister Agnès Buzyn has been placed under formal investigation for her handling of the Covid pandemic by a special court in Paris.

The Cour de justice de la République (CJR) - set up to prosecute ministers as a way of improving accountability - is investigating Ms Buzyn for “endangering the lives of others”. The court is not pursuing a second offence of “failure to stop a disaster”.

Ms Buzyn was the health minister between May 2017 and February 16 2020, when she resigned to stand, unsuccessfully, for the role of Paris mayor. Her resignation came two days after the first Covid-related death in France.

At a hearing yesterday (September 10), Ms Buzyn said that the investigation was “an excellent opportunity for me to explain myself and to establish the truth”.

She said she would not "let the actions of the government be discredited, or my actions as a minister, when we did so much to prepare our country for a global health crisis that is still ongoing”.

Ms Buzyn has also been placed under the status of witness for "voluntary abstention in taking the appropriate measures to combat a disaster". She is the first public figure to be charged in this case.

The CJR has been investigating the management of the Covid-19 health crisis since July 2020 and has received thousands of complaints on the matter.

The court has deemed 16 to be admissible. These relate in particular to the lack of equipment for healthcare workers or to the failings of the authorities regarding the obligation to wear masks.

It is expected that other senior political and health figures involved in handling the pandemic will also be called upon by the court. This includes current health minister Olivier Véran, former prime minister Edouard Philippe and the general director for health Jérôme Salomon.

Reaction to the investigation

Ms Buzyn’s role in the handling of the pandemic relates principally to France’s preparation for a health crisis.

She stated on January 24, 2020, that there was very little risk of Covid spreading from China to France, specifying that the situation could change.

She later said that she knew in February, before she left her role as health minister, that a “tsunami was coming”.

“When I left the ministry, I was crying because I knew the tsunami wave was ahead of us,” she told Le Monde in June, 2020.

"From the beginning [of the mayoral campaign], I had only one thing on my mind: coronavirus. We should have stopped everything, it was a farce,” she said.

Prime Minister Jean Castex, who was not yet in the role when Ms Buzyn resigned, said on Thursday (September 9) that it was necessary “at all costs” to avoid a situation where public authorities are paralysed from taking action due to fear of legal consequences.

"No one can doubt the seriousness and commitment that [Ms Buzyn] showed at the first signs of the epidemic. France took the necessary measures very quickly.”

Sacha Houlié, a politician for President Emmanuel Macron’s party La République En Marche!, said that she could not see what fault Ms Buzyn had made that could justify her being questioned.

“Even if there were difficulties, which country can say that it was prepared?” Or that it fared much better than France?” She told Le Monde.

“It is democratically that one can sanction a political fault if there was one, not before a judge.”

Alexis Corbière, member of opposition party La France insoumise and MP for Seine-Saint-Denis, said that Ms Buzyn should not bear the brunt of the blame for the handling of the pandemic.

“I would find it hard to believe that only one minister, who is a bit of a token in this affair, is accountable, and that it doesn't also lead back to those who wield more power, such as the health advisors of the president and the President of the Republic himself,” he said on Friday.

“There is a political responsibility [for the handling of the crisis] and Ms Buzyn cannot be made the scapegoat, because she will undoubtedly be able to say that she had sent many notes to Emmanuel Macron.”

The formal investigation into Ms Buzyn is a first step. Judges will decide whether it should be dropped or if there is sufficient proof of wrongdoing for the case to be taken to court.

Former health minister in court over France’s management of Covid