Cookie Consent by FreePrivacyPolicy.com French News and Views in English | The Connexion Covid: Why does Paris not have a weekend lockdown?
6 may 2021
Classifieds Currency exchange Newsletter
Login Register BASKET
Facebook Twitter

Covid: Why does Paris not have a weekend lockdown? 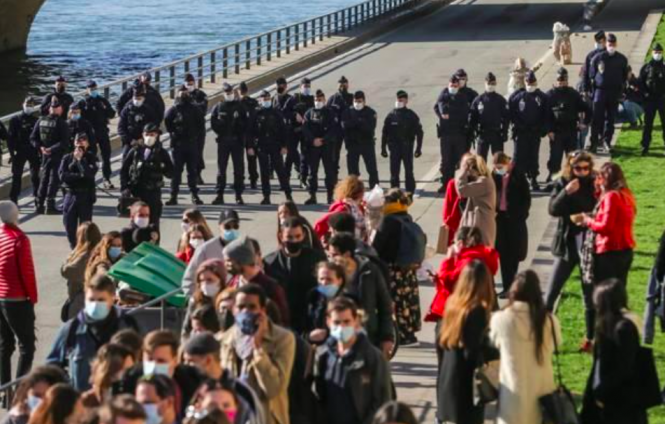 No weekend confinement has been announced in Ile-de-France despite rises in Covid cases and calls from doctors for more restrictions, as hospitals in the region are put under increased pressure.

Meanwhile, weekend confinements have been extended in other areas of France facing similar high levels of Covid cases.

Local politicians have cast accusations of favouritism for the French capital, but government ministers and health officials have given different explanations for the lack of lockdown in Ile-de-France.

We look at the reasons given so far.

Ile-de-France is a region, not a department

On March 5, Health Minister Olivier Véran was asked why Pas-de-Calais in Hauts-de-France was confined at the weekend even though the incidence rate was higher in Seine-Saint-Denis, a department in Ile-de-France.

The incidence rate is the number of positive cases per 100,000 inhabitants in the past seven days.

Figures from March 10 show that in Seine-Saint-Denis the incidence rate is currently 442, while in Pas-de-Calais it is 407.

Mr Véran said putting measures in place in a single department in Ile-de-France was not an option, as all departments in the region are so interconnected.

As such, he said: “Putting in place weekend measures in Seine-Saint-Denis would mean putting them in place in the whole Ile-de-France.”

A weekend confinement would not be fair

On March 9 Sacha Houlié, MP for Vienne in Nouvelle-Aquitaine, said confinement in Ile-de-France would exacerbate existing inequalities in the region.

During the first confinement many wealthy Parisians left Paris for their second homes in the French countryside, while others were confined to small flats in the capital without access to public parks and gardens.

The economic effect would be too great

Other politicians have said that confining Ile-de-France would have too great an effect on the national economy.

Anne Genetet, MP for French residents overseas, said introducing lockdowns in places like Dunkirk was simpler, as it is the French capital which works as the “economic lungs” of the country.

She said in Ile-de-France: “There is not just health to consider, there is also the economy, schools and many sectors that must hold together.

“You have to look at the problem as a whole.”

Local politicians do not want to lockdown

Mayor of Paris Anne Hidalgo and President of Seine-Saint-Denis Stéphane Troussel have both spoken out against weekend confinements in Ile-de-France.

Hospitals in Ile-de-France are not at breaking point

National Health Director Jérôme Salomon said on March 9 that hospitals in the capital would be able to manage without weekend confinements.

He said: “Confinement in Ile-de-France is not on the agenda as that is a last resort which would be suggested by the government if we thought that hospitals could not manage.”

The health minister also said that the level of difficulty in hospitals in Ile-de-France and Hauts-de-France, where confinements have been introduced, were “not the same”.

In Hauts-de-France figures from March 10 show that 114% of intensive care beds available before the pandemic are currently occupied (the figure is higher that 100% as more ICU beds have been made available).

Fears for non-Covid patients as operations are cancelled

But this comes as Paris hospitals announced this week that they must now cancel 40% of operations to help accommodate Covid patients.

This has caused concern over outcomes for people with life threatening illnesses who will now have to wait for treatment.

He said this would lead to “thousands and thousands” of cancer deaths in the next five to six years.

He said the decision to avoid lockdown was political, adding: “I find it difficult to believe that such a bad health outcome could be a good political solution”.

Map: Where are France hospitals under most Covid pressure?

Half of French village under weekend lockdown, half is not