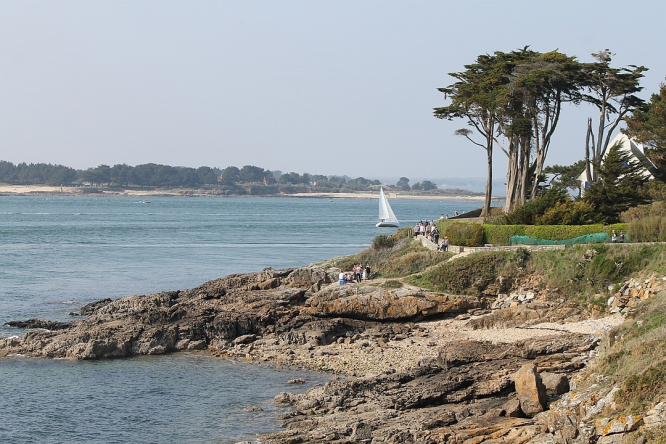 The representative study of residents in Morbihan, Brittany, found that 5-10% of the population had been affected by the virus
By Connexion journalist

Up to 10% of residents in the Brittany department have been infected with the SARS-Cov-2 virus - which causes Covid-19 - the research showed.

The study - published on Thursday May 28, and which cost the department €20,000 - used blood test results from a representative sample of inhabitants to establish that between 5-10% of the population has been in contact with the virus.

This is much higher than the models suggested by prestigious Paris research centre l’Institut Pasteur, which had estimated contamination in Brittany at just 1.3%.

Blood tests are different from virological PCR tests, as they can only tell if someone has antibodies against the virus, meaning they have been infected in recent weeks.

Blood tests of this kind have been suggested as a key way to evaluate and monitor the spread of the virus among the population as deconfinement continues.

The study in Morbihan was coordinated by healthcare data specialist company OpenHealth, and supervised by Professor Antoine Flahault, director of the Institute of Global Health in Geneva (Switzerland), and president of the scientific council overseeing the research.

He told newspaper Le Figaro: “As our objective was to quickly evaluate the spread of the virus, we used tube ends, i.e. the remains of samples from patients who have donated their blood for other medical reasons.”

Professor Flahaut used a similar method to establish the spread of the chikungunya virus on the island of La Réunion in 2006.

Researchers of the Morbihan study selected 1,250 samples dating from May 4 to 12, taking into account the age, sex, and geographical distribution of the department population, to ensure that the results were as representative as possible.

They then anonymously measured the presence of three categories of antibodies. Results showed that between 5-10% of the samples were positive.

President of Open Health, Dr. Patrick Guérin, said: “On May 1, we had therefore 35,000 to 70,000 people who have been contaminated in Morbihan. This shows two things. Firstly, the number of people without symptoms or who had very mild forms of the virus is very significant.

“Secondly, the fatality level is probably less than 0.5%.”

The study also shows that the virus spread in Brittany was much higher than suggested by figures collected and released by the regional health body, l’Agence Régionale de Santé (ARS) de Bretagne.

Since February 28, there have been 689 confirmed “official” cases - confirmed by PCR tests - and 90 recorded deaths linked to Covid-19 in the department.

Morbihan was one of the first departments to be affected by the epidemic in France, after a cluster of cases was confirmed in the outskirts of the commune of Auray, in early March.

This new study shows that while the virus did later spread throughout the department, rapid confinement and early identification of cases appears to have avoided worsening the impact of the epidemic in the area.

François Goulard, president of the Morbihan departmental council and former minister for research, who commissioned the new study, said: “To fight against a phenomenon, we must know it. For a cost of €20,000 only, we now have a very precise idea of the spread of the virus, which is very precious.

“If such work was done on a national scale, we could compare the situation in different regions.”

The results from Brittany do not necessarily translate to other regions, especially Ile-de-France and Grand Est, said OpenHealth president Dr. Guérin.

He said: “Our models are probably less far from reality in these zones.”

Morbihan is now likely to repeat the study in future, to continue to ascertain the behaviour of the epidemic over time.