Covid-hit Eurostar is at risk of bankruptcy 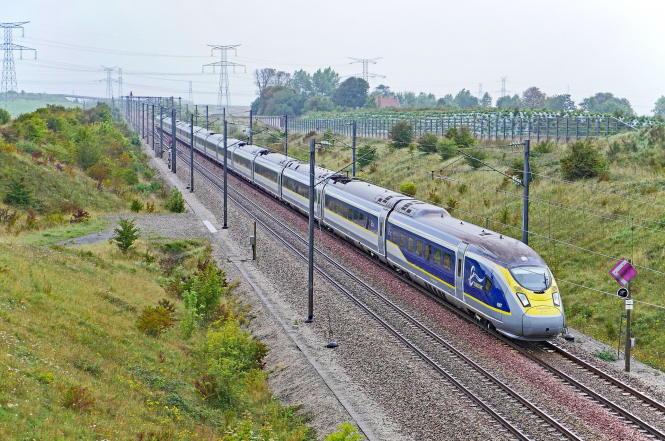 Last autumn, Eurostar CEO warned that the company would run out of money to pay suppliers and staff in spring 'if the crisis becomes worse'
By Connexion journalist

Bankruptcy is a looming risk for Eurostar, which runs high-speed passenger trains between the UK and Europe through the Channel tunnel.

Last autumn, its new CEO warned that the company, which is 55%-owned by France’s state SNCF railway, would run out of money to pay suppliers and staff in spring “if the crisis becomes worse”.

Since then, France has closed its international borders, except for limited exemptions such as travelling for family emergencies and a few business reasons, such as allowing lorry drivers across the border.

In mid-January, head of SNCF Jean-Pierre Farandou called on the French and UK governments to help Eurostar.

Almost immediately, the company received a message of support from French transport minister Jean-Baptiste Djebbari, followed 10 days later by UK transport secretary Grant Shapps – but no cash or other aid has arrived.

Some analysts say the UK is reluctant to give help to a French-owned company, while France thinks the UK should act first because Eurostar is based in the UK, is subject to UK company law, and most of its 1,000 or so employees work in the UK.

A spokeswoman said the firm was waiting “like everyone else” for a response to the plea for help. Due to the continuing nature of the crisis, the company was not able to say just how much financial help it will need, the spokeswoman added.

A spokesman for Getlink, the company which runs the services through the Channel tunnel, said: “It is a very worrying situation.

“We can only speculate at the moment but the latest seems to be that the governments are thinking of not giving cash, but some sort of guarantees for loans, or for help through credit/export insurance schemes.”

Eurostar is continuing to pay the part of its rent to Getlink related to the fixed charges of using the tunnel at the moment.

The part of rent related to the number of passengers has fallen sharply, with only one return train running on some days.

SNCF said it was unable to comment on the situation at Eurostar. “We are the main shareholders but they are a separate company from us,” a spokesman said.

Getlink’s annual figures for 2020, published in January, showed a fall of 77% in the number of passengers using Eurostar services.

Overall sales for Getlink were €816million, a fall of 25% on 2019, with the largest part of the fall due to lower passenger traffic.

New ‘Power Road’ in France clears itself of snow

Bikers barred from riding between lanes as French trial ends