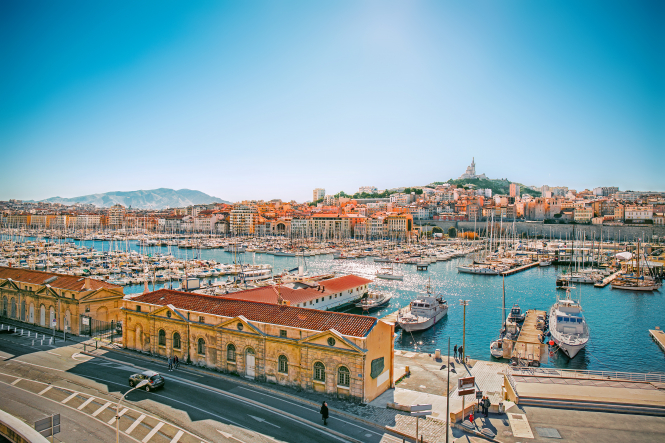 President Emmanuel Macron has presented a plan to invest around €1.5bn in Marseille, to improve transport services, security, schools, hospitals, businesses and more.

His visit was spurred by an increase in gang killings and drug-related murder in the city in the past year, stemming from growing social problems, notably in the city’s northern suburbs.

In a speech yesterday, Mr Macron said the plan would help to relaunch Marseille, which has become “fractured on all sides”.

He said it would “respond to emergencies and also look further ahead" and be part of a "dream to build the Marseille of 2030".

We look at what is involved in the investment plan, which the government is calling “Marseille en grand”, which translates broadly as “a plan for a better Marseille”.

Mr Macron has promised a crackdown on drug traffickers, which he claims are responsible for more and more violent crimes.

He confirmed that 200 more police officers will be sent to Marseille from next year. Additionally, 500 new video surveillance cameras will be installed in the neighbourhoods in the north of the city.

Eight million euros will be made available for police equipment, including 222 cars and motorbikes from summer 2022. A new police headquarters will be built with a budget of €150million.

On the judicial side, Mr Macron promised "additional resources" to carry out investigations and to "track down the heads of networks", including through European initiatives.

The president has promised €1bn worth of investment in transport, including the creation of four new tram lines, five new bus lines and making the metro automated.

He said this would help to “open up Marseille” and make it a “Mediterranean capital”.

There will also be €115 million towards the creation of a “Marseille-style RER” train line - similar to the regional express service in Paris - and a massive redevelopment of the Saint-Charles train station and the Marseille to Nice train line.

The city’s airport will also be expanded and there will be a big investment in the port, with a view to modernising it.

The president announced that a committee will be created by the end of this year, to be supervised by the state, to redevelop the city’s most rundown schools.

Out of a total of 472 schools in Marseille, 174 “are in such a state of disrepair that learning has become impossible”, Mr Macron said.

A selection of which schools are to be redeveloped and further details will be finalised in the coming weeks.

The president also spoke of creating “the schools of the future” in Marseille. He said that over the next few months, 50 schools in poorer neighbourhoods would be chosen to take part in a trial whereby the school heads were given more power and autonomy, including them being able to choose their own teachers.

A "young creator's fund" will be set up with the support of the public investment bank, to provide support and financial backing for projects deemed promising.

The president also announced the recruitment of 100 young people from Marseille starting this autumn to take part in voluntary military service.

He said it was "a good scheme for young people who are furthest from employment and normal life".

Mr Macron said there was potential to create thousands of new jobs by turning Marseille into a cinema hotspot.

He said he wanted Marseille to be the leading filming area by the sea for major films and TV series, and that film schools would be set up to support this.

The president announced that the government would alleviate the debt of Marseille hospitals by around €223million.

There will also be €169million set aside for the redevelopment of the city’s biggest hospital, L'hôpital de la Timone.

He also said there will be an extra €50million for the mother and child unit, and money to support the creation of a women’s centre.

The president spoke of project Odysseo, which is intended to make Marseille the premier seaside European capital by 2024. The idea is to create a major project to teach people about environmental protection of the Mediterranean.