Cookie Consent by FreePrivacyPolicy.com Deal, no deal, no Brexit? 2019 will be a big year French News and Views in English | The Connexion
8 may 2021
Classifieds Currency exchange Newsletter
Login Register BASKET
Facebook Twitter 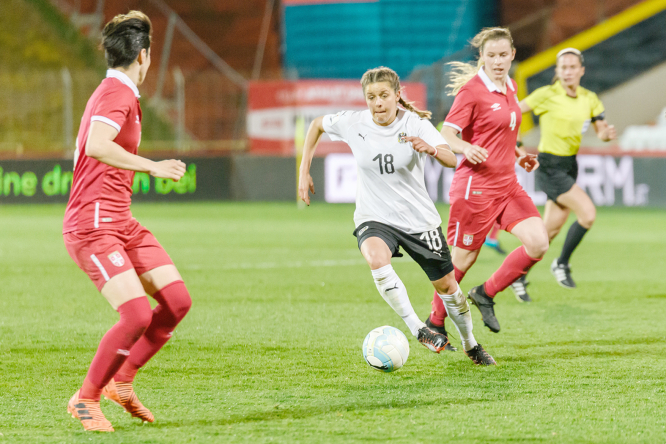 Some items, such as certain health and finance matters, were subject to a vote on 2019 budget laws on going to press, but are unlikely to change significantly.

Full reimbursement of a range of quality glasses, hearing aids and dental prosthetics (crowns/bridges) will be phased in from 2019 to 2021. Carried out via state funding and top-up insurance, it is called 100% santé and is open to all residents.

Prices for a cigarette pack rise by 50 centimes in March and then again in November.

Schooling will become obligatory for all from the age of three from the 2019 rentrée in September.

Continuous training credits in the Compte personnel de formation (CPF) that employees, jobseekers and self-employed people now build up will this year consist of a value in euros rather than an amount of hours. During the second half of the year, an app will be launched that will allow credit-holders to manage purchases of training, which can include online learning but must consist of approved courses leading to a certificate.

The tour de France starts from Brus­sels, the capital of Belgium (and the EU). The Grand Départ will be on Satur­day July 6 and the route will cross north-eastern France before heading south-west to the Pyrénées.
The closing stages will be in the Alps before the riders fly to the Ile-de-France for the traditional finale along the Champs-Elysées in Paris on July 28.

The tax credit scheme for eco-friendly home improvements will now include 50% against the cost of removing an oil-fired boiler and a credit of 30% towards the cost of the labour (including VAT) for putting in alternatives, such as a wood-burner or heat pump.

Aid for low-income families to pay energy bills sees the cheque énergie rise from an average €150 to an average €200 (the amount depends on income, family size and energy use). Minimum and maximum amounts are also rising, from €48 to €76 and from €227 to €277. Those eligible should be sent a cheque in the post.

New ‘one-stop shops’ will help those who employ a home worker, such as a cleaner or gardener, with social security fund Urssaf managing payments.

From March parents who pay childminders can use pajemploi.urssaf.fr and others can use cesu-urssaf.fr from June, to opt not only to have social charges paid out of their bank account but also the salary. At-source tax for workers in the home is deferred a year to 2020 when the levies can then also be taken automatically via these sites.

A new law will be passed to allow faster removal of offensive (racist, sexist, homophobic…) material from social media.

Families with a disabled child with the AEEH education benefit will see the Complément mode de garde rise by 30%; a gain of up to €140 for families employing childcare workers.

Prices of red stamps rise 10 centimes to €1.05, while the green stamp rises eight centimes to 88 centimes. La Poste says it needs to compensate for declining volumes (a red stamp was 55 centimes in 2009). There will now be three centimes off for those who print stamps at home via La Poste’s website. A 20g letter in the EU is also rising by 10 centimes to €1.30 and there will no longer be a different price for the rest of the world, just a single international rate – meaning the price for the UK should not rise after Brexit.

An EU regulation on matrimonial regimes comes into force on January 29, 2019. It will no longer be possible for a British person in France to change their regime only for property in France. It will now have to apply to their worldwide estate. The change is not retrospective.

Under an EU proposal, countries may be asked to decide by March 31 if they wish to retain their winter time all year round – in which case they would change clocks for the last time in October – or summer time (the last change would be in March).

From January prime à la conversion for scrapping an old car and buying a greener one is doubled for the 20% lowest-income families and for workers who drive at least 60km/day to go to work. It is up to €4,000 for buying a low-emission diesel or petrol car, either new or second hand (the prime is €2,000 for other families who do not pay tax, or €1,000 for those who do). Amounts are higher for electric or (new this year) hybrid cars.

Both Easyjet and Ryanair are opening new bases in France.

Small businesses with turnover of less than €5,000 will not have to pay the CFE business tax from this year. In addition, micro-entreprises with a turnover of under €5,000 will no longer need to have a dedicated bank account – unless they exceed this threshold two years in a row.

Included in the 2019 Finance Law, being finalised on going to press, is a measure replacing two income tax credits, CICE and CITS, with a permanent six percentage point cut in the health social charges on salaries up to 2.5 times the Smic minimum wage.

Another measure is halting social charges on overtime from September 1, estimated to give an average €200 per year per worker (as more pay goes into their pocket). President Macron told gilet jaunes protestersthis will also apply to income tax.

Ceilings for micro-entrepreneurs will not change this year.

Micro-entre­preneurs who use the simplified tax system, paying monthly or three-monthly based on turnover, are not affected by the new at-source taxation but those declaring annually will pay instalments by direct debit based on 2017 income declared in 2018. Instal­ments will be readjusted in Septem­ber after the spring declaration of 2018’s income. Those who start businesses during the year can either volunteer to start paying instalments, or wait for the adjustment in September 2020.

Basic salaries of fonctionnaires are to be frozen this year (though rises based on service will remain).

Legal changes will affect rights of people living in copropriété flats, including possible fines for syndics who delay sending residents documents such as contracts and invoices, and a postal vote option for people who cannot get to a residents’ AGM.

Zero interest eco-loans will be prolonged and opened up to more projects, with people no longer needing to do multiple kinds of renovation. The repayment period is extended to 15 years, no matter how many works were done and it will be for homes at least two years old, while previously it was for those built before 1990.

Housing benefits APL, ALF and ALS will rise less than inflation. Also, as of April, officials will use the last 12 months of income to calculate eligibility and not income two years before based on the income tax declaration.

Galeries Lafayette is opening a new store on the Champs-Elysées in spring on the former Virgin Megastore site. Some 300 ‘personal stylists’ are being trained to help customers.

Unless there is a last-minute change due to a snap general election, an MPs’ vote or another referendum, the UK will leave the European Union on Friday, March 29, at midnight French time.

If the Brexit deal was agreed by British MPs in December, the last hurdle will be a vote by MEPs in February or March.

If a withdrawal agreement is in place, a transition period will last until the end of 2020, when nothing should change in terms of rights of Britons in France.

Britons would have until July 2021 to apply for a card proving their right to benefit from it.

Those with EU citizen cartes de séjour may be required to exchange them. If a no-deal scenario looks likely, the French government is expected to pass laws to deal with this before Brexit day, including ones helping secure the right of existing British residents to continue to live and work in France.