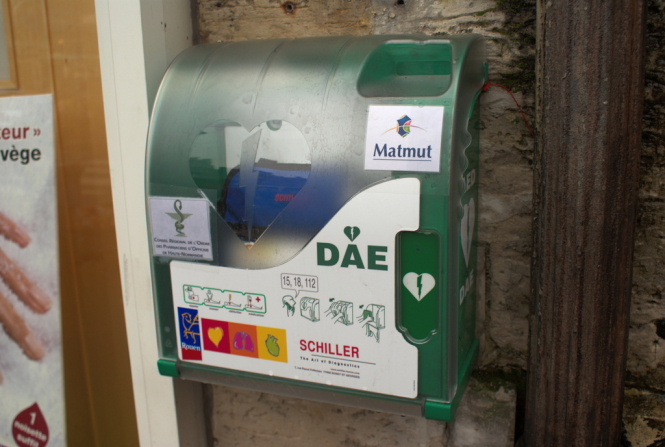 A rugby player's life was saved by a defibrillator that had been donated to the club just 30 minutes earlier.

The 57-year-old was warming up at the Gond Stadium in Dax, Landes, ahead of an annual veterans' tournament, when he collapsed, France Bleu Gironde reported.

His life was saved by team-mates, who included a former professional firefighter, using a defibrillator had been donated to the club half-an-hour earlier by the Au cœur des jumeaux association, which has raised funds to provide 127 such devices to sports clubs in Landes, Gironde and Pyrénées-Atlantiques since it was founded in 2011.

The president of the association was at the tournament. He said: "We congratulated each other like a team that had won a game. I still have tears in my eyes."

It is the second time a device from the association has been used to save a life. In May 2017, the coach of the Saint-André-de-Cubzac rugby club had used the machine to save a spectator in cardiac arrest in the stands of the Ychoux stadium in the Landes.