The show is a dream event for classic car fans from Wednesday February 7 until Sunday 11 at the Parc des Expositions, Porte de la Versailles. It has 550 exhibitors over three halls at the exhibition centre with 500 cars on display.

Manufacturers make the most of it but it is also a treasure trove for collectors and car fans and this year will see a display on the Bugatti Type 57 from 1930s as well as its modern-day equivalent, the Bugatti Chiron.

Giant stands will be the order for Citroën, Renault and Peugeot, with the latter being one of the oldest car manufacturers still in business – it started in 1881.

More than 5.1million 2CV cars and vans were built between being shown at the Salon de Paris in 1948 and stopping production in 1990. The show will also feature the prototype of the 2CV, the 1939 TPV Toute Petite Voiture.

Students were rioting in the streets when the Méhari was launched in May, 1968, and the funky buggy offered little protection from stones with open bodywork. It sold 145,000.

Renault will have 20 cars on show, ranging from its earliest days to the present – including many of the innovations that made its name… such as the world’s first car to put the driver inside the car.

One novel feature of the show will be a saleroom for classic vehicles worth €25,000 or less. 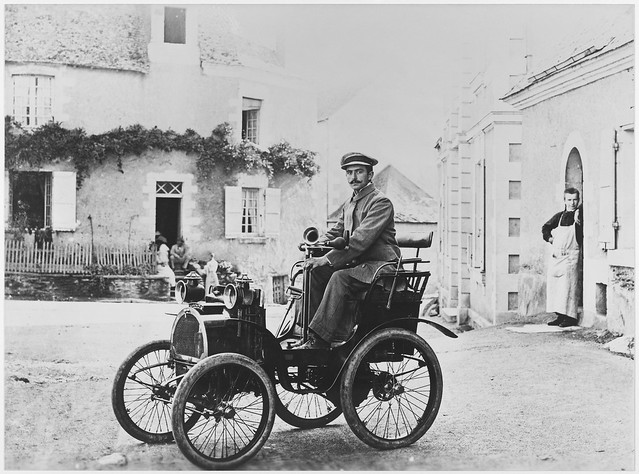 French tourism operators deny that Britons are not welcome as travel corridor opens up - despite a poll this week ... Published: July 10 2020

Advertisers need to re-imagine their sector as a force for environmental change, according to a proposed new law in France, ... Published: July 10 2020

How to mimic Monet’s pond life: Cathy Thompson on a chance encounter and the artist’s passion for water ... Published: July 11 2020

Like the rest of us, live entertainers in France face a new, post-Covid, normal. Connexion asks two comics what we ... Published: July 10 2020
Other articles that may interest you

It has been a week of strange sights on French roads, after police reported finding both a Peugeot 206 carrying a 400 ... Published: July 8 2020

A campaign to press insurance firms to pay back part of motor premiums due to cars not being used during ... Published: June 30 2020

Can I transport my car overseas by train?