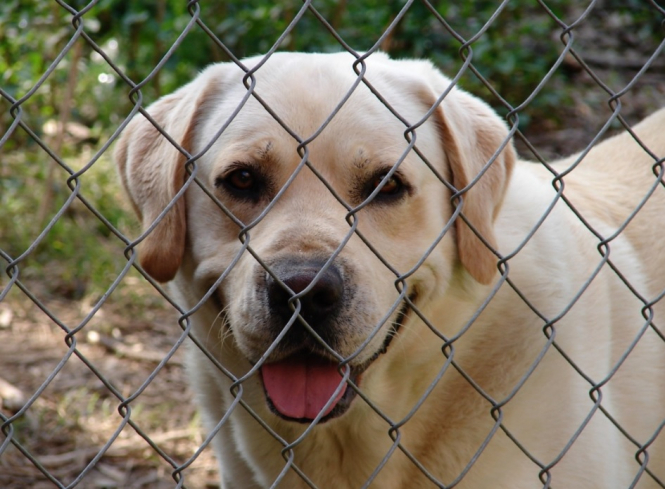 A local bylaw to silence dog's barking has provoked outrage in rural Oise.

The 19 elected officials of Feuquières, a village of 1,500 inhabitants, voted to introduce a decree banning dog owners from leaving their animals to bark for long periods of time, or risk a €68 fine for every offence.

The vote was prompted by a petition from residents complaining about one person in the village, who owns a number of animals. But attempts at conciliation failed, prompting councillors to take the rather drastic step of issuing a decree that would allow them to fine dog owners who leave their pets alone outside all day.

The bylaw says that it is forbidden, to leave a dog in its enclosure without its guardian being able to stop its prolonged or repeated barking at any time. Any dogs whose behaviour 'disrupts the rest or relaxation of people' must be kept inside.

But president of the association Pour la défense des droits des animaux, Stéphane Lamart said: "It's completely amazing. You might as well stop church bells from ringing on Sunday morning. Dogs have a mouth, it's for barking. People are very happy when they give the alert in case of a burglary."

Mr Lamart has demanded a copy of the bylaw in order to take legal advice, and maybe contest it in the courts.

It is not the first time, an animal-related bylaw has caused controversy in Feuquières. In 2017, a local law banning people from feeding stray cats was scrapped as it ran counter to animal protection laws.