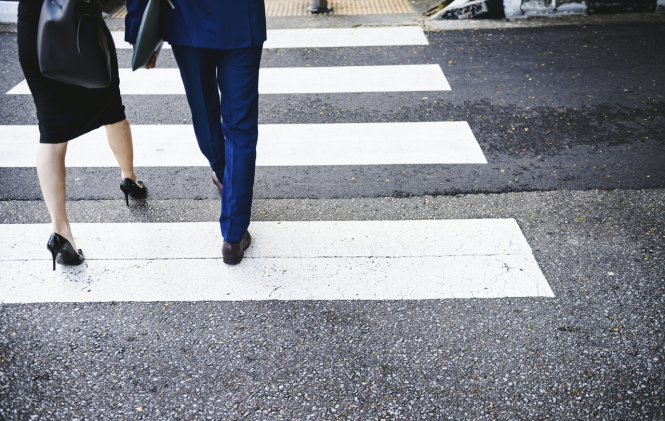 Buffer zones will be marked with a thick, dashed, white line, located up to five metres ahead of an existing pedestrian crossing
By Connexion journalist

The new system will allow mayors to impose “buffer zones” of two to five metres in front of each pedestrian crossing over a road. These will be painted onto existing road markings, with a thick, white, dashed line showing the vehicle limits.

Under the new buffer zone rules, drivers will now be required to come to a complete stop before this dashed line if there are any pedestrians waiting or preparing to cross.

Drivers will not be required to stop if there are no waiting pedestrians present, but should remain cautious throughout.

The idea is to make it safer and easier for pedestrians to cross. Figures show that in 2017, 138 people in France were killed while on a pedestrian crossing, of which half were aged over 65.

Interior minister Christophe Castaner confirmed that any driver found to have crossed the buffer zone line when there are pedestrians present, will risk being fined €35 per infraction.

Since September 2018, French law has stated that any driver who refuses to stop for a pedestrian waiting or preparing to cross at a designated crossing - even one without a buffer zone - risks a fine of €135, and six points off their licence.

Drivers can also have their licence suspended for three years if they fail to stop.