Drought alerts continue in Dordogne and other French departments 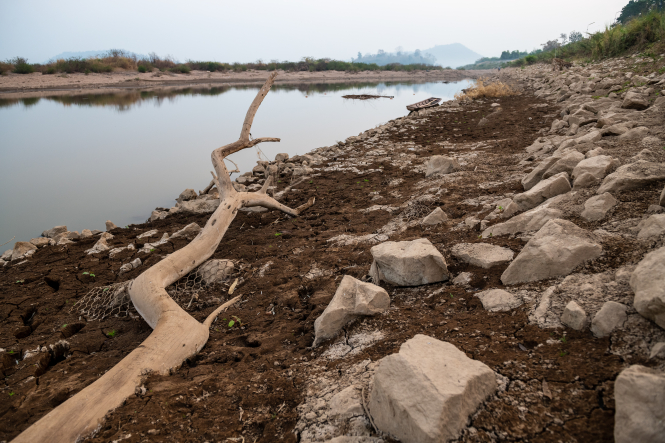 The maximum alert level (Crise or ‘crisis’) has been imposed on upstream areas around the Céou river, as well as Tournefeuille, just across the Haute-Garonne border.

This means that all non-essential water use – including for agricultural purposes – is prohibited at all times. Water can only be used to ensure people’s health, safety and cleanliness, as well as for drinking.

This means that agricultural water usage must be reduced by at least 50% (or for at least 3.5 days a week). Stricter limits are placed on the amount that can be used for watering gardens, green spaces and golf courses and for cleaning cars. Certain uses may also be temporarily banned under this measure.

Finally, the Belle, Caudeau, Couze/Couzeau, Borrèze and Conne waterways, as well as the downstream area of the Céou are on alerte, meaning that agricultural water usage should be reduced by up to 50% (or up to three days a week).

Activities including water sports are prohibited and residents are only allowed to wash their cars or water gardens and other green spaces at certain times.

Drought restrictions have meanwhile been lifted slightly in the area surrounding the Dordogne river’s downstream course. There are no longer any measures in place around the Lidoire and the alert level has been downgraded for the Seignal and the Conne.

Further upstream on the Dordogne, there has been no change to the restrictions in place.

It has rained in the Dordogne this month, but less than half as much as it would in an average year, with only 20-31 mm falling since October 1. According to the Climate Data website, the department normally sees an average of 72-90 mm in this month.

Water reserves have not been sufficiently replenished to mark the end of the drought.

The situation will be reviewed once again on November 16. You can find out more about the measures in place on the website of your local mairie.

Of the past 60 years, 2021 has been one of the three driest, with only one quarter of the expected amount of rain having fallen over France since January.

There are currently drought restrictions in force in 30 French departments.

In Pyrénées-Orientales, the authorities are considering shutting off domestic water supply in four communes near Ille-sur-Têt for one day a week.

In the west, from Vendée and Charente-Maritime down to Haute-Garonne and Hautes-Pyrénées, the alerts grow in intensity, with several areas under crise-level water restrictions.

You can find out more about the measures in place across France on the Propluvia government website on drought restrictions.

Natural disaster declared after droughts around Toulouse and Côte-d’Or

Drought alerts for 38 departments in France despite wet summer