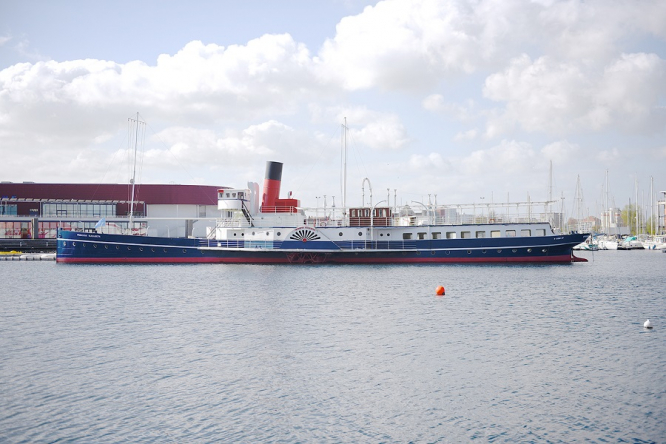 Opening at the beginning of July as a restaurant and tearoom, the paddle steamer Prin­cess Elizabeth has been owned by Dunkirk council since 1999 and the town worked with three businessmen to renovate the ship and create 24 new jobs.

The launch came as Chris­topher Nolan’s film Dunkirk, on the evacuation, opens.

Mayor Patrice Vergriete said it was a way for people to “live in history” as the ship, which was used to rescue 1,673 soldiers, including 500 French, stranded on the beach features in the film.

Built in 1927, she was an Isle of Wight ferry requisitioned by the Navy in 1939 to become a minesweeper. Her first job at Dunkirk was to clear mines off waters near the beach so vessels get in to pick up soldiers. After the war she was a floating restaurant on the Thames, art gallery in Paris and a salle des fêtes in Dunkirk.

With a 1940’s menu, the restaurant will publicise the town’s newly-refurbished Dun­kerque 1940 museum, sited in the fortification used as the Allies’ HQ.

It has maps, photos and military material along with a film of the evacuation and divers’ films of the sunken ships.

Nolan’s film is not the ship’s first time as a film star as she was in the 1962 Disney film In Search of the Castaways.