Election map: How did your department vote? 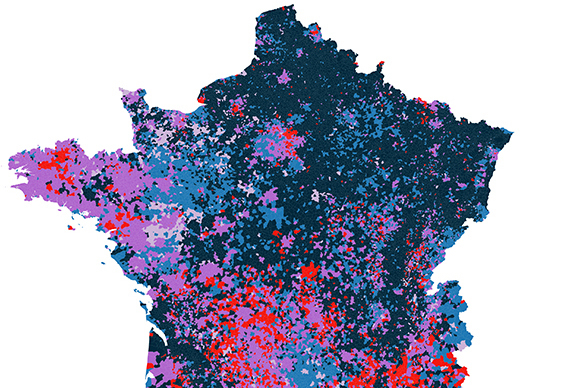 In France there is a clear east-west political divide, as revealed by the map of the vote results by department for the presidential election. In the east of the country, Marine Le Pen leads in the majority of departments while in the west, Emmanuel Macron dominates.

Le Pen, the Front National candidate, scored well in the north, north-east, Rhone valley and the Mediterranean. The candidate of En marche! took the whole Brittany region, parts of the Pays-de-la-Loire and Nouvelle-Aquitaine, as well as the former Auvergne region.

Despite coming second overall (with 21.43% of votes) Marine Le Pen claimed the highest number of departments, with 47 out of 101. Macron (first, with 23.86% of votes) won 42 departements while Republican candidate François Fillon (19.94%) and France Insoumise’s Jean-Luc Mélenchon (19.62%) both won six.

Below is a map showing the winners by department:

And this map from France’s Interior Ministry shows the winners by commune: