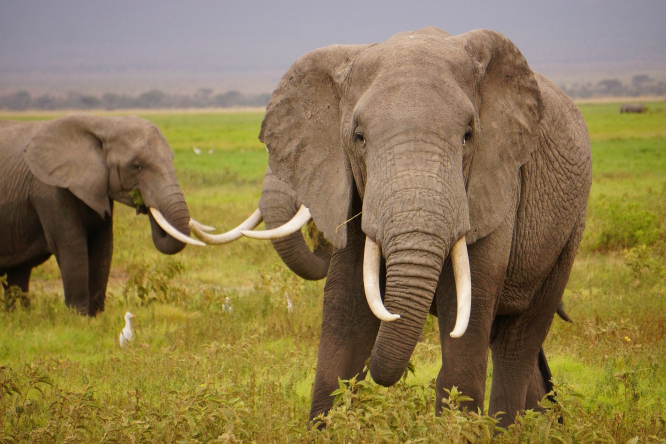 Set to be named the ‘Elephant Haven’, the project is based in Saint-Nicolas-Courbefy, south of Limoges, which is said to provide the exact right climate needed to welcome elephants who require extra help and support out of the wild.

The sanctuary is the creation of Belgian couple Sofie and Tony, who previously worked at Antwerp zoo, and have lived in France since 2015.

Supported by André-Joseph Bouglione, who is the grandson of the founder of the Bouglione Circus company, the duo has recently obtained permission from the relevant local authorities to open the home - although some of the finer details are yet to be worked out, and the opening date has not yet been 100% confirmed.

Sofie told The Connexion that now they have permits they can begin building the elephant houses. "In September, we will receive a digger donated by Hitachi, which means we can create the elephant enclosure ourselves. We expect the building work to take six months."

“We have the perfect balance here,” explained Tony to French news website FranceInfo. “The cost of the land was the least expensive, but actually the climate is ideal for elephants; neither too hot nor too cold.”

Mr Bouglione added that the “situation would need to be monitored”, because if “the State decides one day to pass a law against this kind of project, we will not know what to do.”

In mid-September they will be launching a crowdfunding page to help things along, but until then supporters are invited to donate on the Elephant Haven website.