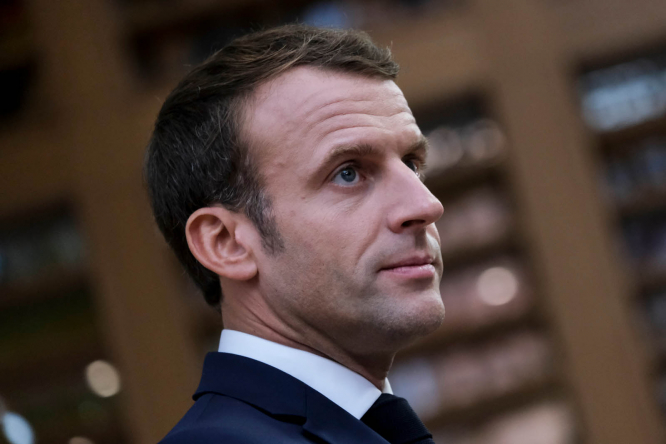 Mr Macron has since demanded a reinforcement of security protocols and has changed his telephone and his number Pic: Alexandros Michailidis / Shutterstock

President Macron has demanded a reinforcement of security protocols and has changed his telephone and his number in the wake of the Pegasus spyware scandal.

Mr Macron is known to communicate by messaging services late into the night, using encrypted services WhatsApp, Signal and Telegram to talk to his team at all hours.

However, it appears encryption is not enough to prevent Pegasus hoovering up data on an infected device and turning it into an eavesdropping machine.

One of Mr Macron’s numbers – along with those of more than a dozen ministers – was on a list of potential targets in 2019 for surveillance by the software made by Israel-based NSO Group.

That does not necessarily mean he was listened to, but his number was among tens of thousands that included some which were later targeted for surveillance, according to analysis of their phones.

Investigations are under way and the president is “following the dossier very closely and taking this matter very seriously,” the government’s spokesman said.

Moroccan intelligence services are suspected of being involved, and the Paris prosecutor’s office has opened an inquiry into allegations of this by investigative news website Mediapart and its journalists, who have lodged formal complaints.

An investigation by several media organisations, led by the Paris-based Forbidden Stories non-profit group, said the spyware was used in attempted, and sometimes successful, phone hacks.

NSO said the Pegasus spyware was meant for use by government intelligence and law enforcement agencies to fight terrorism and crime and dismissed the idea that it could be blamed for wrongful hacking. However, it has been sold to authoritarian governments, which are using it to crack down on dissent, the media investigation said.

Israeli media say Mr Macron has spoken to Israel’s prime minister who promised to help shed light on the matter and said he would send his defence minister to France to answer questions.

In France, journalists working for French media, including Le Monde, Agence France-Presse (AFP) and France 24, were among those allegedly targeted by Moroccan intelligence services.

A senior AFP journalist, who asked not to be identified, called the affair “very unsettling”.

He said: “This makes us re-evaluate how we are operating. Should we now reinforce security in all of our exchanges, even the mundane ones?

“Management is taking steps to identify who was targeted and see whether we can prevent this from happening in the future.”

An editor at a Paris-based media group specialising in African news, who asked not to have his name published, said he was worried that he might have been targeted.

His firm has ordered all its journalists’ phones to be screened for the military-grade spyware, which is barely detectable once it infects a device.

Morocco’s alleged spying on French figures – as well as on its own king, one of whose phone numbers featured on the list – might stem from its hypersensitivity around Western Sahara, a former Spanish colony which it claims as its own but which the Algeria-backed Polisario Front wants to be autonomous.

Two French people on the Pegasus list had links to the disputed territory. One was Claude Mangin, the French wife of Naâma Asfari, a Western Sahara militant who has been in jail in Morocco for a decade. Philippe Bouyssou, mayor of Ivry, where Claude Mangin lives, is also on the list.

However Morocco’s ambassador to France has denied any spying on Mr Macron, saying the country is a “victim” in this affair, and calling on its accusers to show their proof.