Paris station triples in size for Olympics and Brexit 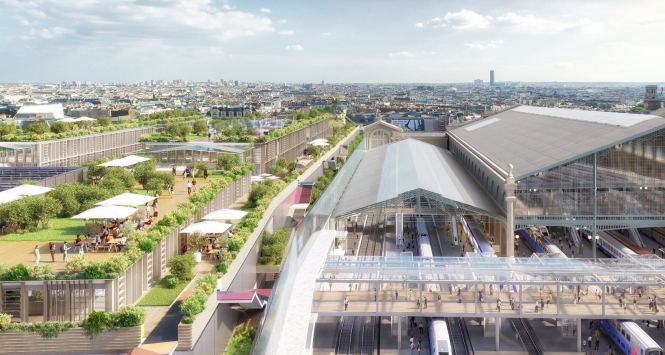 The design brings in airport-style separation of arriving and departing travellers. SNCF president Guillaume Pepy said Brexit had been a factor. Its Eurostar terminal will “emulate” St Pancras in London and be extended to face “the challenges of reinforced border controls due to Brexit” with dedicated platforms walled off from other areas.

Built on the site of the present bus terminal, the multi-level glass building will have a new facade on Rue Faubourg Saint-Denis with direct departures access along with Metro and bus station connection.

What is now the Transilien access will be opened up with glass walls and roof, a 300m long and 18m wide central alley to access Eurostar, TGV, Transilien and RER trains.

The €600million scheme will be run in a joint venture with SNCF and property developer Ceetrus. It will also see public and commercial areas round the station improved.