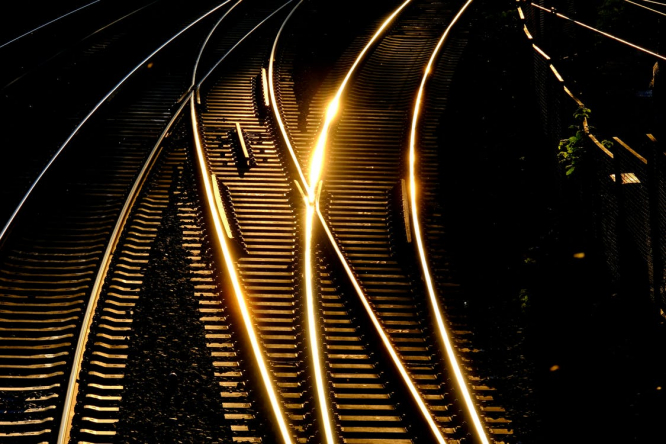 Increased night train services between large European cities and towns would offer a lower-carbon alternative to short-haul flights, the group said, especially within France itself, such as between Bordeaux and Nice.

The open letter from MPs was addressed to then-French transport (now ecology) minister Elisabeth Borne and her German counterpart Andreas Sheuer on August 16, and has since been picked up by the German press this week.

The letter mainly called for the re-opening of the Paris-Berlin night line, which German company Deutsche Bahn decided to close in 2016.

It said: “[This line] would not only be an important symbol of French-German friendship, but in a period of climate change, it would also be a key path towards sustainable travel.”

The “Oui au Train de Nuit” group has been fighting for more night train routes since 2015.

As well as Paris-Berlin, it believes that Paris-Nice would be “the most obvious” route in France, said Mr Forien. It has also stated support for Paris-Barcelona, Brest-Lyon, Bordeaux-Nice, and Strasbourg-Perpignan.

Currently, it is possible to take a train at nighttime between Paris and Berlin, but only aboard the Moscow Express, which stops in the German capital en route to Moscow.

Yet, Loreleï Limousin, political transport manager at climate change network Réseau Action Climat (RAC), said: “There is only one departure [of the Moscow Express] per week, reservation is difficult, and the prices are far from attractive.”

Deutsche Bahn has said that running night trains is very expensive, and said that it had lost €31 million on the routes in 2015.

But Mr Forien disputes this, saying: “It’s always the same refrain. In France, the night train network has also melted away like snow under sunshine, with a last hit from SNCF in 2016 and 2017. They said that night trains represented 25% of their deficit for intercity trains [outside of the TGV], for only 3% of trips.”

He added: “[But] there is no sense in comparing [the cost] of night trains, which are taken for long journeys, with other intercity services, which are far shorter. There are very few train lines in France that make a profit - and anyway, that should not be the main concern of a public service.”

No official response has yet been made to the MPs’ letter, and there have been no signs that the two ministers have met to discuss the issue.

The State is expected to produce a report on the issue by June 2020, and is considering raising money for added train services through a potential tax on plane tickets.

Ms Borne has previously announced that taxes on plane fares from France could range from €1.50 to €18 per ticket, from 2020 onwards. This could bring in €182 million extra, Ms Delli has estimated.

She said: “An eco-tax of this kind at European Union-level is also being considered.”

Yet, some countries appear to be running successful night train services.

Austrian company OBB restarted many night train services in October 2016, taking over half of the lines from Deutsche Bahn. Now, its sleeper trains - dubbed “Nightjet” - serve around a dozen lines.

These include routes from Hamburg, Berlin, Munich and Dusseldorf, to Austria, Switzerland, and Italy. Other partner companies help to ensure routes towards Poland, Hungary and Croatia.

OBB has hailed the services as a success, with sales increasing, and more than 1.4 million passengers travelling per year.

This success comes as SNCF in France recorded record passenger numbers this summer.

She said: “For the same journey, a train is between 14 and 40 times’ less polluting than a plane.”

And while train tickets do not usually compare favourably with low-cost plane fares, Ms Delli added: “A night train offers the often-forgotten advantage of transporting you while you sleep, allowing holidaymakers to save on the cost of a hotel, which is important if you are on a tight budget.”

Mr Forien agreed, saying that the services could also be of interest to business travellers.

He said: “For a Toulouse business person who has to be at a meeting in Paris before 11h, the night train is the only solution that would allow them to avoid arriving the day before and paying for a night in a hotel.”