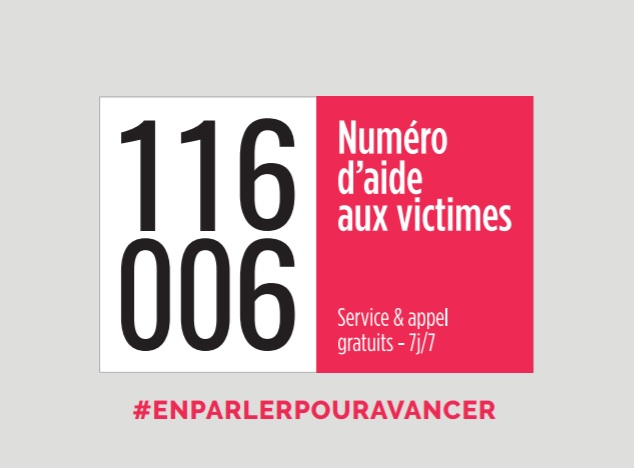 It will be launched officially by Nicole Belloubet, Keeper of the Seals at the Ministry of Justice, later today.

It is free to call, is anonymous, and is open 7 days a week from 9h to 19h. It will connect victims to over 130 professional support associations.

Calls will be forwarded to the relevant support groups through the network, on a case-by-case basis.

The number has been created to replace the old “08Victimes” number (01 41 83 42 08), which offered a similar service, but was deemed too difficult to remember.

The number will not replace existing emergency service numbers, but act as extra support.

The French Justice ministry website explains: “This new number offers a gateway for all victims, relatives and direct witnesses [of these crimes]. It is the result of the standardisation of service numbers across all countries in the European Union.”

Umbrella victim association France Victimes said: “The 166 006 will allow all people who believe themselves to be victims of a crime or major incident (damage to property or persons, road accidents, attacks or natural disaster) to be assisted by a professional in real time, while still respecting their anonymity.”

Anyone using a French mobile phone when travelling abroad in other European countries will also have access to the service, via the international number 00 33 1 80 52 33 76.