Everyone forgets French fought at Dunkirk 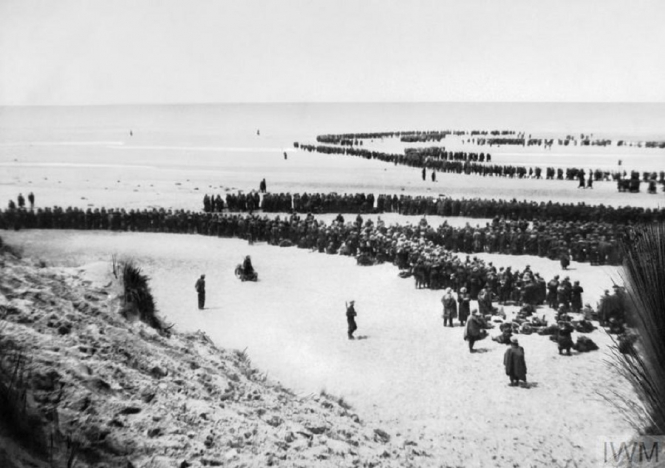 When Jacques Duquesne heard that British director Christopher Nolan was making the film Dunkirk, out now in cinemas, he knew that once again the French role would be ignored.

He told Connexion: “I have seen many films about Dunkirk and they all show the little boats and the bravery of the British, which was incontestable, but they don’t talk about the French.

“I think you only see two French soldiers in the whole of Christopher Nolan’s film.”

Called Operation Dynamo, the evacuation began on May 26 and lasted until June 3. It allowed more than 300,000 troops – a third of them French – to escape the Germans.

The evacuation was a great boost to civilian morale in Britain and created the ‘Dunkirk Spirit’ which helped the country fight on and has been the subject of several films, mostly highlighting the role of the British soldiers and the crews of the small boats that came in to shore to rescue them.

But Mr Duquesne said that from what he witnessed and has researched since, it was French soldiers who stayed to the bitter end and provided cover for those who were evacuated.

He said British General Alexander, who helped direct the evacuation, had promised three British divisions would stay in Dunkirk until the last moment, but he sent them home early because they were exhausted.

“I saw the British leaving France to go home. I also saw thousands of French soldiers taken prisoner by the Germans and being marched along my street, after they had fought until June 3 to protect the fleeing army.”

Saying he was not bitter and knowing that for the global good of the war it was best that there was this mass evacuation from his hometown, he added:  “I have nothing against the British but I am just sad we have forgotten the role the French played at Dunkirk.

“Most people of my age, and there aren’t many of us left, share this view, but most people who live in the town have no idea of what really happened.”

His memories remain vivid and he recounts them all, day by day, in his book, Dunkerque 1940: Une Tragédie Française, where he describes life as a child in a war-torn town.

“I wanted to write about it because it is an experience which has haunted me. Everything was turned upside down. We saw fierce fighting. The mood could change within a couple of hours. You would be talking to soldiers who were kind and laughing one moment and fierce and aggressive the next, when they had to fight.

“We had been brought up to respect order. But here all was disorder.”

He has some good memories. He and his brother, two years older, enjoyed talking to the British soldiers: “When they weren’t on duty they liked to be with us. They were young themselves.

“My brother was in secondary school and knew a bit of English. Once they shared their cigarettes with us and, aged 10, I smoked for the first time.

“Before they left they tried to get rid of everything they couldn’t take with them. Some soldiers offered us a turntable and some records, which were certainly not suitable for young boys, but we were delighted to have them.

“Another time a British officer took us to see his expensive car, hidden in the trees. He wanted us to have it, but of course we couldn’t drive. We called our mother, but she too couldn’t drive. I don’t know what happened to it.

“I remember, though, that soldiers gave us some tins of corned beef to eat when they had gone. Life was strange. Nothing was normal.”

Mr Duquesne watched the soldiers leave: “They went towards the beach en file indienne as we call it, in single file, with one hand on the shoulder of the soldier in front. I can see it clearly even now. Each one had a tin of something to eat, perhaps condensed milk, in the left pocket of their uniform.”

Living under German rule was very hard, he said, but no worse in Dunkirk than any other town. They listened avidly to the BBC and the Germans considered them to be more anglophile than people in other towns.

“War is a time full of contradictions and complicated emotions. The memories are so strong the book almost wrote itself. I just feel it is a little unfair that all the films show the same vision of Dunkirk and I would just like to redress the balance.”