Expert says France must use RNA Covid vaccines for elderly 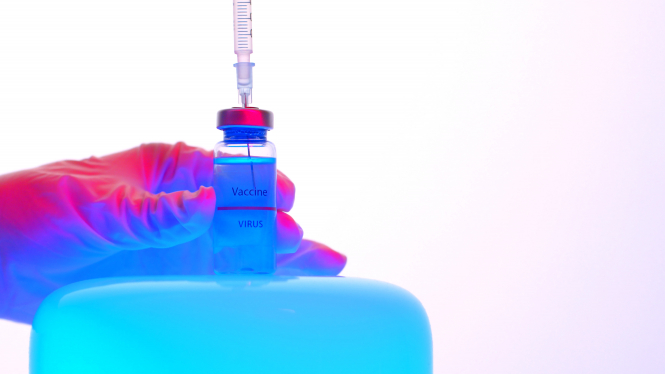 A French professor has called for certain vaccines to be set aside for the elderly, as French health authorities yesterday cleared the AstraZeneca vaccine for use, but advised against giving it to people aged over 65.

This came days after President Macron described the AstraZeneca vaccine as “quasi-ineffective for people over 65”.

Professor Nathalie Salles, vice president of the French Society of Geriatrics and Gerontology, told news source FranceInfo there was now a “real race against time” to vaccinate elderly people against the Covid virus.

She said: “We must absolutely reserve messenger RNA vaccines for these vulnerable populations.”

She added that specific provision should be made for people in elderly care homes, long-stay medical care units, and assisted living units.

Read more: AstraZeneca Covid vaccine will be given in French pharmacies

Messenger RNA (mRNA) vaccines – such as the Pfizer-BioNTech and Moderna vaccines - create immunity against disease by introducing an mRNA sequence into the body which is coded for a specific disease antigen – in this case Covid-19.

Inside the body, the vaccine causes cells to create proteins that trigger an immune response against the virus.

They are considered a safer form of vaccine as patients do not receive any infectious elements of the virus.

Government aims for vaccination of all over 75s in March

As of February 1 in France, 902,933 people aged 75 and over have received their first dose of a Covid vaccine, and 15,033 have received both a first and second dose.

Over half of residents in elderly care homes have received their first dose of the vaccine.

Health Minister Olivier Véran has previously said France was aiming for all over 75s to be vaccinated before the end of March.

Last night President Macron went some way to confirming this timeline, saying in a speech that 80% of people who wanted the vaccine in elderly care homes – around 500,000 people – would receive the vaccine by “the beginning of March”. He said that by this time, people over 75 would also be “widely” vaccinated.

But, French statistics body Insee found there were almost 6.4 million people aged over 75 in France in 2019 – meaning the government remains less than halfway towards this target.

She added this was especially true in the context of new Covid variants now present in France.

Overall vaccination target has been met

The health minister also said, on January 21, that 1.3 million-1.4 million people would have been vaccinated by the end of January - a target that has since been met.

France misses chance of 'its' own vaccine, claims politician