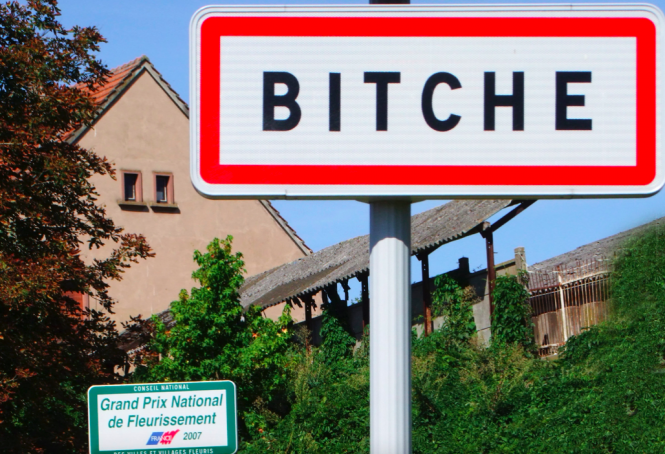 Update April 13: Facebook has this morning restored the Ville de Bitche page. It said the page was removed in March due to an "incorrect analysis".

The town of Bitche in north-east France has been censored on Facebook after the site’s algorithm confused the town name with the similar-sounding insult in English.

The mairie for Bitche, in Moselle, which owned the censored page, had to create a new profile under the name “Mairie 57230”.

In a post on the site, the mairie said it had appealed to Facebook to reinstate the original page but, for the moment, “it is still invisible, and the appeal process can take months”.

Other communes in the surrounding area, which also have the word Bitche in their names, are now changing their profiles as a precaution, France Bleu reported.

The commune of Rohrbach-lès-Bitche changed its profile name to Ville de Rohrbach, saying it did not want to risk its page being closed.

This is not the first time funny-sounding French town names have caused a stir. In fact, there is even a dedicated association to unite communes in France with “evocative names that make people laugh or smile”.

The Groupement des communes aux noms burlesques has around 40 members located throughout the country, making it possible to do a “Tour de France of humour”, it says on its website.

These include Longcochon (long pig) and Vinsobres (sober wine) in east France, Arnac-la-Poste (scam the post office), Monteton (my nipple), and Marans (which sounds like marrant, meaning "funny") in the south west, Trécon (very stupid) in Marne, and Vatan (pronounced like va-t’en, meaning “go away”) in Indre.

In a humorous news report from the 1970s, which is well known among French people, comedian Daniel Prévost takes viewers on a tour of the town of Montcuq (which sounds like mon cul, or “my ass” in French).

He begins his tour by saying: “I am happy to show you Montcuq on TV.”

And in 2012, a town councillor in the commune of Houilles, in the Yvelines, tried to change its name because it sounds similar to both ouille (a way of saying "ouch") and couilles (a slang word for testicles).

But the mayor of Houilles was against the idea.

He said: “You just have to take it with a sense of humour, and at least it means people know us.”

Two towns where the streets have odd names

Streakers are no joke in Corps-Nuds