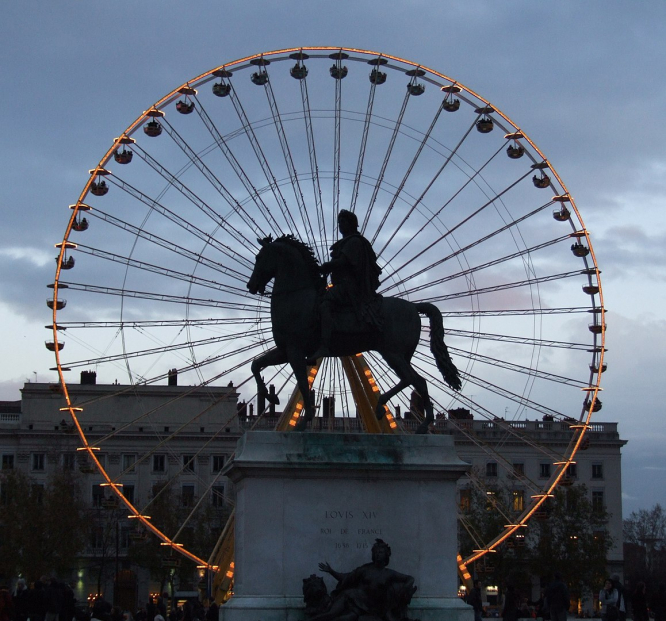 The city of Lyon has been ordered to pay €12,000 in damages to a resident of Place Bellecour because its illuminated Ferris wheel badly affected her standard of living.

The wheel has been a fixture of winter life in the square for 100 days every year since 2006, when it was moved from Place Antonin Poncet.

The city's administrative court noted that disturbances caused by the Ferris wheel "exceeded those that a resident of the public domain must normally endure and were, therefore, likely to engage the liability without fault of the municipality".

Medical documents presented to the court showed that the claimant, who lives in a nearby property facing the wheel, suffered both physically and psychologically during the period the wheel was in place. The strobe effects caused by the wheel's lights, for example, led to sensations similar to seasickness, fatigue and sensory issues.