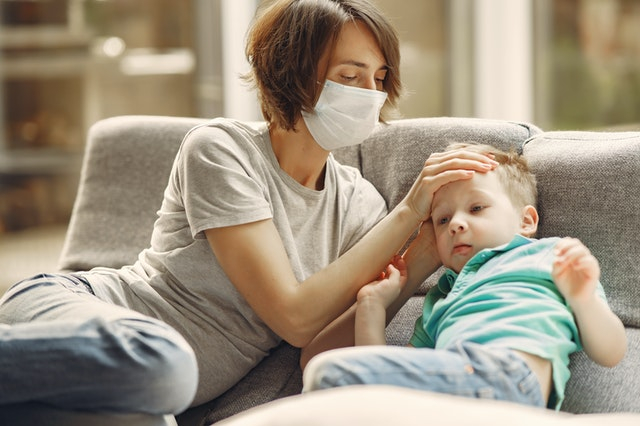 The condition mainly affects children under nine and can cause a high fever, but parents should "not worry unnecessarily" as the condition is very rare, doctors said
By Connexion journalist

The boy had a “serious seizure and cardiac arrest” at home before being taken to a specialist unit. He was treated for seven days, but died last Saturday (May 9).

Professor Fabrice Michel, head of pediatric intensive care at the university hospital La Timone in Marseille told the Agence France-Presse: “[The child died] from neurological damage linked to a cardiac arrest [and] blood results showed that he had been in contact” with coronavirus, but had not developed Covid-19 symptoms.

There have been 125 reports of a similar condition among children between March 1 and May 12, said health authority Santé Publique France.

The condition appears to be an inflammatory disease similar to Kawasaki disease. More than half of the reported cases have been in Ile-de-France. Around a quarter were aged 1-4 years, a third were aged 5 to 9, and around another quarter were slightly older, between 10-14 years.

Reported symptoms include a high fever, stomach pain, digestive issues, a rash, conjunctivitis; and redness of the tongue, which starts to appear “raspberry-like”.

These cases are suspected of being linked to the SARS-CoV-2 virus, which causes Covid-19, said Santé Publique France.

The boy was being treated at the university hospital La Timone in Marseille, but died on May 16 (Photo: Hôpitaux Universitaires de Marseille / fr.ap-hm.fr/)

Read more: France warns of child illness that may be Covid-linked

Kawasaki disease is a lymph node syndrome that mainly affects children under the age of five. It can cause symptoms including fever, skin rashes, swelling of glands; and in severe cases, inflammation of arteries of the heart.

It is rare, normally affecting only around eight in 100,000 children per year, and is more common in Asia.

In an alert to his colleagues, Dr. Bonnet said: “A growing number of children of all ages are being hospitalised in the context of multi-system inflammation that frequently includes circulatory [heart and blood vessel] failure with evidence of myocarditis [inflammation of the heart muscle].”

Dr. Bonnet said that he is concerned that the condition is linked to the Covid-19 epidemic, and is appearing as a delayed reaction to the virus.

But Professor Michel this weekend (May 15) said: “[This] is affecting very few children, and there has only been one death” so parents should not worry unnecessarily, he said.

A doctor should only be “consulted when children have had a high fever for more than two days, and have associated symptoms”, he said.