Flights to France below 40% of pre-Covid levels this summer 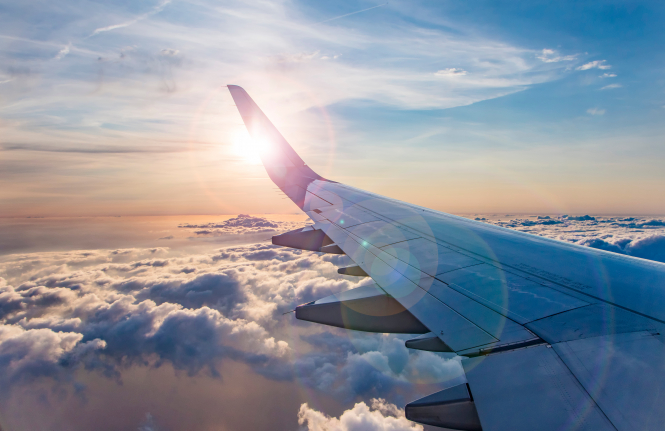 International flights to France were at 36.6% of pre-pandemic levels this summer, putting the country below the European average in terms of international plane arrivals.

New research from travel industry analyst ForwardKeys has shown that international flights to European destinations in July and August totalled 39.9% of 2019 numbers, but have risen from 26.6% in 2020.

France was ninth on the list of European holiday destinations, coming in behind countries including Turkey, Iceland, Croatia and Spain.

Greece fared the best this summer, reaching 86% of its 2019 July and August arrivals.

ForwardKeys observed that Greece had been one of the first to announce – in May – that it would accept visitors who had been fully vaccinated or could show proof of a negative PCR test result, a decision which could well have contributed to the country’s comparatively successful summer.

In contrast, it suggested that countries like France and Italy had perhaps fared worse because they “rely more on long-haul touris[ts]” who “typically stay longer [and] spend more.”

However, Paris was still the sixth busiest European city for international flight arrivals, which were at 31.2% of 2019 levels.

This summer, the French capital came in behind Palma Mallorca, Athens, Lisbon and Madrid, but attracted more visitors than Barcelona, Amsterdam, Rome, as well as London, which was at the bottom of the list.

ForwardKeys spokesperson Olivier Ponti commented: “When one considers how dreadful things were for tourism in Europe last year, this summer has been a very modest recovery story.

“Benchmarked against normal times, the continued low intensity of international air travel, less than 40% of normal, has been extremely damaging for the aviation industry. The continued absence of long-haul travellers, particularly from East Asia (it reached just 2.5% of pre-pandemic volumes this summer) will prove a severe blow to the visitor economy of several European countries.”

The number of flights to France this summer may have been a fraction of pre-pandemic figures, but this has not necessarily translated into hotel, gîte and campsite bookings.

The country’s tourism industry has reported a surprisingly positive summer, as nearly nine out of every ten French holidaymakers opted for domestic trips.

In the Provence-Alpes-Côte-d'Azur region, which 22% of holidaymakers chose to visit, hotels have been reporting a 8.7% increase in takings this August, in comparison to the same period in 2019, Franceinfo reported.

The south’s most popular holiday destinations include Montpellier and Marseille, whose hotel turnover was up 20% on 2019 figures.

Gîte bookings also topped 2019 levels this year, with Solange Escure, the director of national organisation Gîtes de France, telling BFMTV in July that reservation rates were at 73%, as compared with 59% two years earlier.

“Our initial evaluations suggest that this has been a very good summer if we take into account the context surrounding the season,” said Didier Arino, director of the Protourisme industry advisory board, during an August 27 interview with L’Echo touristique.

“When we combine these figures with an extension in the average length of stay, we can say that professionals in the French tourism industry, and especially those offering paid accommodation, have had a very positive summer.

Mr Arino added that the first tourism figures for September are also “encouraging.”

“Urban tourism ranks the lowest on the summer scoreboard,” he said. “And that weighs heavily. This has really impacted destinations that depend on an international clientele like Paris, where 55%-60% of visitors would normally be foreign.

“Most of these people come from the US, Asia or the UK. Some British and American tourists have visited the capital this summer, but no Asian people. This impacts the luxury hotel industry. However, its performance has been better this year than in 2020, even if it remains very poor, and a lot worse than in 2019.”