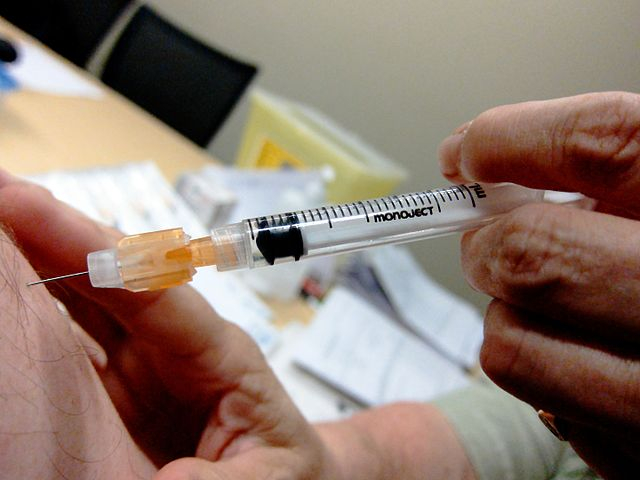 This year, in four test regions (Auvergne-Rhône-Alpes, Hauts-de-France, Nouvelle-Aquitaine, and Occitanie), pregnant women and at-risk patients who have never had the vaccination will be permitted to be vaccinated on-site at the pharmacy itself.

This is the first year these patients will be able to do this, having been excluded from pharmacy tests in previous years.

Health authorities are also set to launch an extra information campaign to raise awareness of the importance of the flu vaccine on October 26.

Overall, priority for the jab is given to people aged 65 and over; pregnant women; and people suffering from chronic conditions such as problematic morbid obesity, diabetes, cardiac issues or lung failure.

Over 12 million people in France are thought to be affected and could benefit from the vaccination.

Apart from in the four test regions, anyone else aged 18 or over for whom the vaccine is recommended can get their shot at their local pharmacy for free, upon presentation of a valid certificate from l’Assurance Maladie.

These people may then take their vaccine to be vaccinated elsewhere by a doctor, nurse or midwife.

Health professionals are also recommended to receive the vaccine, as is anyone working in old age care homes.

In a statement, Ms Buzyn said: “L’Assurance Maladie invites health professionals to be vaccinated [including] GPs, nurses, midwives, paediatricians, licensed pharmacists, masseur-physiotherapists, gynaecologists and dentists. A letter has also been sent to directors of care homes.”