Flying of Breton flag in Nantes inspires calls for autonomy 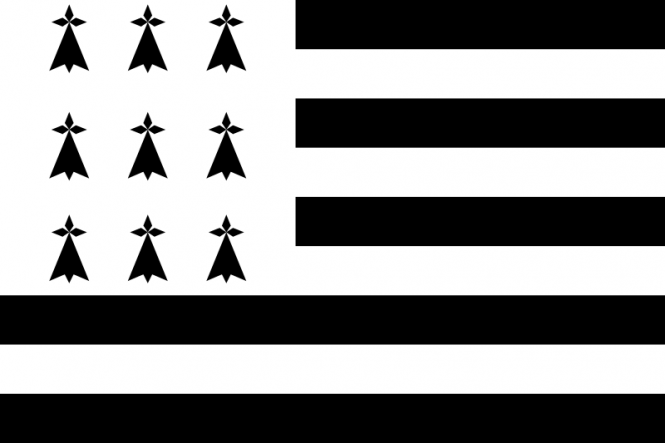 The Breton flag, called the Gwenn-ha-du, was designed in 1923 by Morvan Marchal
By Brian McCulloch

A political party in Nantes fighting for more autonomy for Brittany has welcomed the mayor’s decision to fly the Breton flag over the town hall for a cultural event in December.

“For us, flying the flag from the town hall will be an important symbol,” said Patrica Riou of the Union Democratique Bretonne party, one of the parties in the coalition governing Nantes along with the Socialist Party mayor Johanna Rolland.

“Nantes was for years the capital of Brittany and there are lots of people who think that it should be part of Brittany instead of separated administratively,” Riou said.

She said there was a widespread feeling in Brittany that the region should have more autonomy granted to it by the centralised French government, but also recognised that it will take a long time for this to happen.

“In France the government is so centralised, it does not give enough money for things like regional development, or know the importance of things which seem small in Paris but large for Bretons,” she said.

The decision to fly the flag has also revived pressure for the government to look again at the boundaries of the regional councils in France, to see if the department of Loire-Atlantique should be moved into the region of Brittany, from Pays de la Loire.

In recent years there has been a revived interest in the Breton language in culture, and there are now schools where children can learn in Breton.

No one was available at Nantes' mairie to talk to The Connexion.

The Breton flag, called the Gwenn-ha-du, which translates as white and black, was designed in 1923 by Morvan Marchal.

At the time it was considered seditious by French authorities and its use was banned at various times before, during and after the second world war.

Its revival began in the 1970s with a renewed interest in Breton culture and musical groups, and it has now become the accepted symbol of Brittany.

At the beginning of this year, the Gwenn-ha-du was temporarily made available as an emoji on Twitter. It was part of a campaign to see if it would be popular enough to become a permanent emoji. Around 405,000 Gwenn-ha-du emojis were Tweeted out in around one month between January and February.

There is another flag in Brittany, called the kroaz du, (black cross) dating from the middle ages which is used now mainly for maritime affairs and as a ship’s standard.

Some people who want to see a Brittany royalty restored also use it as their symbol. (The dukes of Brittany, who ruled between the ninth and 16th centuries, sometimes had the status and powers of royal monarchs.)