Foreign tourists to France still down but EU neighbours are visiting 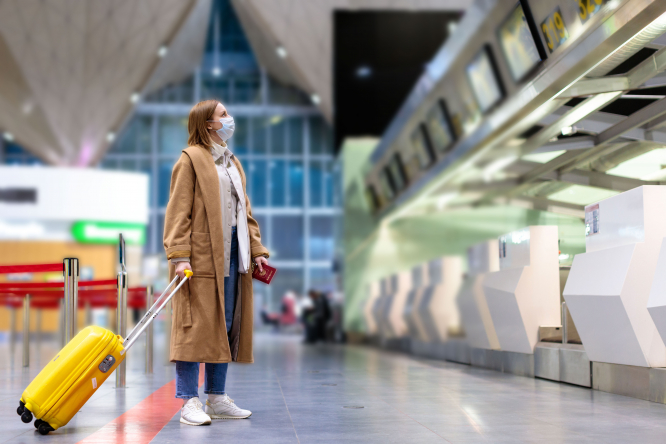 Fewer tourists have been visiting France from long-haul destinations such as China, Japan and the US Pic: DimaBerlin / Shutterstock

Numbers of foreign tourists coming to France have remained down this year due to Covid but some overseas travellers are still visiting, notably from neighbouring European countries.

It comes as the government is expected to announce a tourism support plan in the next two weeks. The sector employs around two million and accounts for more than 6% of the national economy.

Meanwhile, however, accommodation bookings over the Toussaint holidays (October 24 to November 7) give a more optimistic picture in recent days, though likely to be indicative more of French people taking holidays in their own country again, as it is unclear what part foreign visitors played in this.

European neighbours are starting to come back

France Télévisions journalist, Luc Bazizin, told France 3: “Despite a gradual return from our neighbours in Europe, compared with summer 2019 income from tourism fell by 29% this summer to only €10.6million.”

However he added: “Our European neighbours are the most faithful, and are coming back.

“All you have to do is look at how much holiday makers have spent in France this year compared with last year – 30% more among Dutch tourists, 23% more for German tourists, and 12% for Belgian tourists.”

He said though that spending among tourists from long haul destinations was significantly lower, down 80% for visitors from China, Japan and Australia, and 34% from the US compared with 2019.

He did not give figures for the number of visiting UK tourists this year but recent studies from French national tourism body Atout France have indicated low interest from British tourists compared to a number of European countries, though bearing in mind that changing Covid restrictions on both sides have made trips more complicated over the periods concerned.

Studies show slump in interest in French holidays among Britons

A study of 2020 tourism trends included a survey carried out in November 2020 during the second Covid wave which showed that among Britons considering a trip to Europe only 12% were considering France, compared to 37% of Belgians, 21% of Dutch people, 25% of Spanish people, 30% of Swiss people, 23% of Americans or 38% of Chinese.

The figure for Britons was noted to have halved even compared with demand during the previous Covid wave.

A second Atout France study, using data collected from May 24 to June 2, 2021 among regular travellers from key French tourist markets, found that only 2% of Britons stated they were considering visiting France in the next six months, compared with 25% of Belgian tourists, 11% of Dutch tourists and 6% from German tourists and 12% of Chinese people.

The study said low demand from UK travellers was significantly down compared to June 2020 and speculated this might be “due to dissuasive conditions for access to France”.

Good news on bookings for the Toussaint period

While France waits for foreign tourism to pick up, figures for bookings over the Toussaint school holiday period are much more encouraging, with Tourism Minister Jean-Baptiste Lemoyne stating that the holidays “went very well”, with hotel bookings up 15% compared even to 2019, and bookings for rentals in private homes (such as via Airbnb) up 54% compared to the same period in 2019.

“People want to get together again, to get back into nature,” he said.

Mr Lemoyne also strongly encouraged people in France to book French winter holidays, saying that having the vaccine this winter makes all the difference, compared to last year, when ski lifts were closed.

Masks will be required on lifts and in resorts this winter, but the government has said the health pass will not be needed on lifts unless the overall Covid situation in France gets significantly worse.

The SNCF also announced very strong demand for travel tickets for the winter period, after it opened bookings for the season. “By the middle of opening day we had sold 20% more tickets than we did at the opening in 2019,” a spokesman told BFM Business.