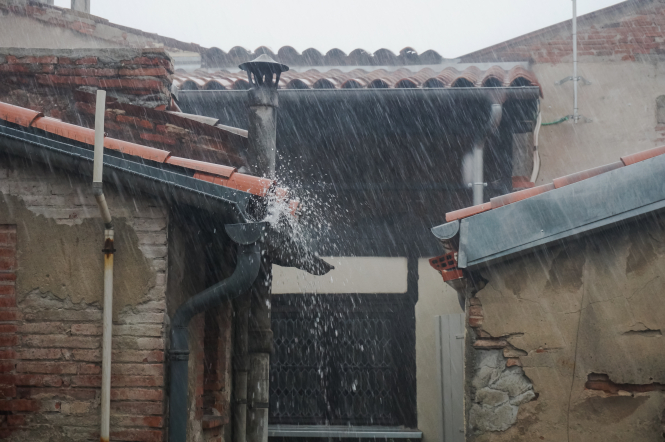 Of the 32 departments in southwest and central France affected by an orange storm alert yesterday, only four remain in place today. These are in Gers, Haute-Garonne, Ariège and Tarn-et-Garonne.

Yesterday saw heavy rain cause flooding in Aude and Lot-et-Garonne. Agen was worst affected, receiving two months of rain in the space of just a few hours, its streets becoming impassable and firefighters being sent out on rescue missions.

Today, the stormy weather will move towards the eastern part of the country.

Storm showers are expected this afternoon in an area spanning Occitanie to Limousin, Burgundy, Champagne-Ardenne and Lorraine, with the greatest concentration between Limousin and the Pyrenees.

West of these regions, the relative calm this morning will be followed by more scattered showers. Weather conditions will then become steadily more unstable from around midday with thundery showers increasing locally.

For the rest of the country, skies will be mainly cloudy from the east of the Massif Central to the Rhône Valley to the Provence-Alpes-Cote d'Azur.

Over the Alps and the mountains of Corsica, showers will develop and spread to Franche-Comté and Alsace.

In the afternoon, temperatures will be noticeably lower, hovering around 23-26C overall, with 20-23C for Brittany and La Manche, but 27-30C for Provence and Corsica.

Thunderstorms over the Pyrenees foothills will quickly spread throughout the affected area in the early evening, with rainfall of up to 70-80 mm expected locally.

As for Gers, the eastern area will be most affected by heavy rainfall. Hailstorms and winds of up to 60-80 kph are possible.

Towards the end of the evening, the thunderstorms will move to Haute-Garonne and Ariège, before clearing up in the middle of the night.

32 departments in southwest and central France on orange storm alert