France Covid: Where do most people catch the virus? 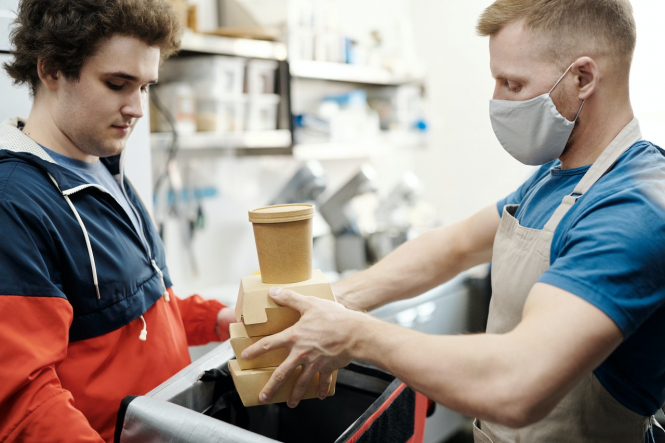 At home, out for dinner or at work - these are some of the most common sites of Covid-19 infection in France, a new study of 25,000 people has found.

The study by epidemiologist Professor Arnaud Fontanet - a member of government advisory body Le Conseil Scientifique - questioned 25,000 people in France who had tested positive for Covid-19 where they believed they had picked up the infection.

Prime Minister Jean Castex said that many of the government's decisions on Covid had been based on the study.

People’s own homes were the most common site of infection, with two-thirds of people saying they had got the virus from their partner coming back into the house from the outside.

The next most-common infection source was meetings with extended family, work colleagues, and friends. At home and when seeing friends, people are much less likely to wear a mask, allowing the infection to spread more easily.

'Secret' restaurant events - but not shops

The study found that infection rates were higher in bars, restaurants and sports halls - but less so in shops.

In contrast, it found that going to shops did not increase the risk of infection by much.

When eating out or with children

Eating out was found to increase the risk of infection, especially as people take off their mask at the table to eat, and may stop respecting barrier methods.

Being close to children or caring for them was the next most-common risk factor after this.

People who continued to go out to work during the pandemic were the most likely to report being infected while there.

In contrast, university professors and teachers were found to have avoided infection the most.

The study also found that 94% of people questioned had self-isolated due to their infection, but admitted they had likely done so too late. Only 42% of those asked said that they had self-isolated within the first few days of getting symptoms.

Currently, France is no longer under lockdown but has instead imposed a curfew from 20:00 to 06:00. Shops are open but restaurants, cafes and bars are not.

Masks at Christmas to avoid new Covid wave, says WHO

Easy-look graph: The evolution of Covid-19 cases in France

France curfew: The form you need for be out between 20h-06h