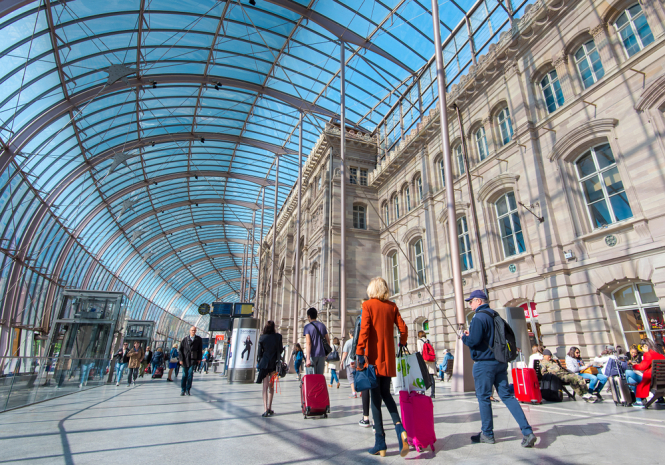 A health pass will likely be needed to travel between regions on TGV, Intercité and night trains Pic: Savvapanf Photo / Shutterstock

More details about how France will extend use of its health pass have been given by senior ministers.

President Emmanuel Macron announced on July 12 that the health pass would be implemented in public spaces including restaurants, cinemas and trains this summer.

The health pass (pass sanitaire) proves that the bearer has been fully vaccinated against Covid-19, has already had the virus and is considered immune, or has received a negative test result in the past 48 hours.

The pass is not a stand-alone document but instead refers to proof of one of the three statuses above, such as vaccine certificates and PCR or rapid antigen test results in paper or digital format.

Extending use of the pass is expected to encourage more people in France to get vaccinated against Covid-19.

Directly after the president’s address, 17,000 vaccine appointments per minute were being booked in France.

On July 13 the health ministry tweeted that a new daily record for vaccinations had been reached, with 792,339 doses being given in 24 hours.

Rules for using the health pass will be implemented in stages over the summer, but teenagers will be exempt until August 30.

Young people aged 12-17 have had access to vaccine appointments for the least amount of time of any age group.

As such, Health Minister Olivier Véran told France 2 teenagers would be able to start using the health pass at a later date so as not to “ruin family holidays” this summer.

The health pass can be used to show that the bearer is fully vaccinated against Covid-19 meaning that they have received all necessary doses of the vaccine (two for Pfizer, Moderna and AstraZeneca, or a single dose for Johnson & Johnson) and have waited enough time after vaccination for the body to develop its immune response to the virus.

This waiting period for immunity has now been reduced to seven days in France, compared to 14 previously.

This means people in France can use the health pass seven days after receiving their final vaccination.

In other EU member states the waiting period before being considered fully vaccinated is still 14 days.

The health minister said that use of the health pass could lead to a “gradual” lifting of mask-wearing rules in France, following advice from le Haut Conseil de la santé.

Mr Véran did not give a date for when the rules may change, saying the government would wait to make a decision in order to “check that the Delta variant does not fundamentally change the data we have”.

But he added that the government was in favour of “removing the obligation to wear masks in all places where the health pass is being used”.

Health pass needed for TGVs and other long-distance travel

Transport Minister Jean-Baptiste Djebbari said that use of health passes “would not be needed for daily trains” such as TER, Francilien and RATP trains in Ile-de-France, or on the metro or local bus networks.

He told FranceInfo that details of which long-distance travel options would require a health pass were still being defined, but broadly meant methods of “travel between regions”, such as TGV, Intercité and night trains as well as busses and planes.

Potential sanctions for travelling without a health pass, such as the €135 fine for not wearing a mask on public transport, will be decided in a parliamentary session on July 21.

Covid France: €49 for a PCR test without prescription from autumn